From Zelda Dungeon Wiki
Jump to navigation Jump to search
Want an adless experience? Log in or Create an account.
Pelison 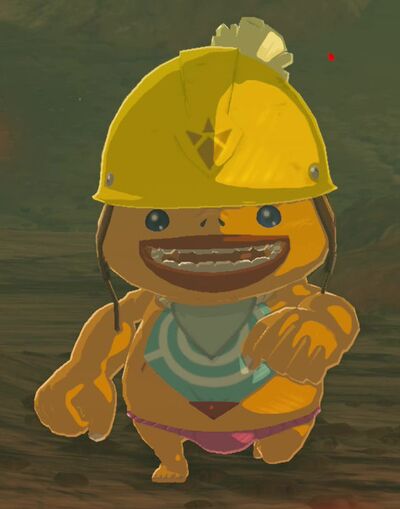 Pelison is a character from Breath of the Wild.

Pelison is a young Goron who can be found in the Southern Mine. He spends most of the day running around the mine, playing with Axyl, the only other young Goron found at the mine. Pelison is the younger brother of Greyson, one of the miners in the area. After 9pm each evening, he will sit down and sleep next to his brother. He remains there until 8am the next morning.

Pelison is always wondering why his older brother is complaining about stuff.[1][2] When Link tells him he's not sure, Pelison keep pressing at him, saying that because Link is an adult, he should know the truth.[3][4]

He is primarily involved in the From the Ground Up side-quest.