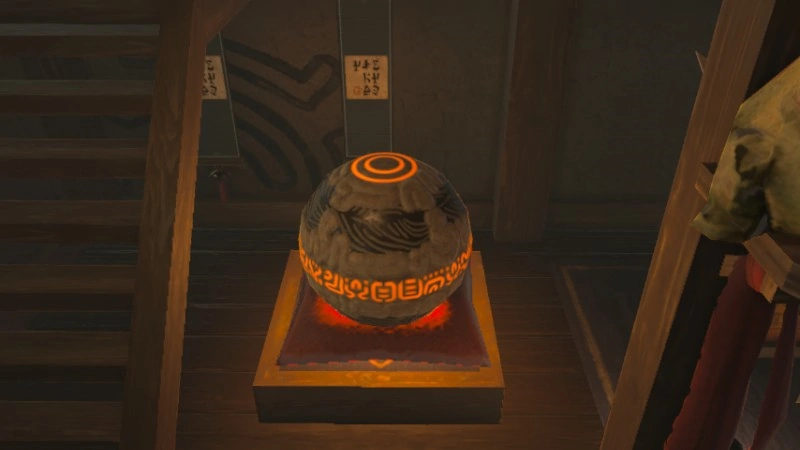 The Heirloom at Impa's house

The Sheikah Heirloom is an object in Breath of the Wild. An Ancient Orb that is considered sacred to the Sheikah, the Heirloom resides in a small cubby inside Impa's house at Kakariko Village.

The Heirloom is personally tended to by Paya, this being one of her main daily tasks. Paya states that the Heirloom has been tended to by her family for numerous generations, and speculates that Link will be the individual who may use it in the future. The heirloom is such an important task for Paya that she may neglect to sleep in order to guard it.[1]

The Heirloom is not readily accessible for Link to use, with both Paya and Impa preventing Link from taking it.

The orb is the subject of The Stolen Heirloom Shrine Quest, which has several prerequisites to access. In it, the Heirloom is missing from its resting site, with Paya crying inconsolably at its loss. Impa requests Link to spend the night guarding Paya, who feels vulnerable after the theft.

It's later revealed that Dorian, upon threats to his family, was prompted by the Yiga Clan to steal it and take it to its Shrine Pedestal, as he's a former clansman who deserted his post. Dorian reveals that his wife was assassinated by the Clan, and intends to confront the Yiga Blademaster who is extorting him. Link intervenes and defeats the Blademaster, to which a grateful Dorian allows Link to use it at the Pedestal, revealing the Lakna Rokee Shrine.

As Link returns to Kakariko, he reveals the Heirloom's ultimate fate to Paya, and albeit she laments that it's gone, she is grateful that it served the purpose it was intended for.