From Zelda Dungeon Wiki
Jump to navigation Jump to search
Want an adless experience? Log in or Create an account.
Trott 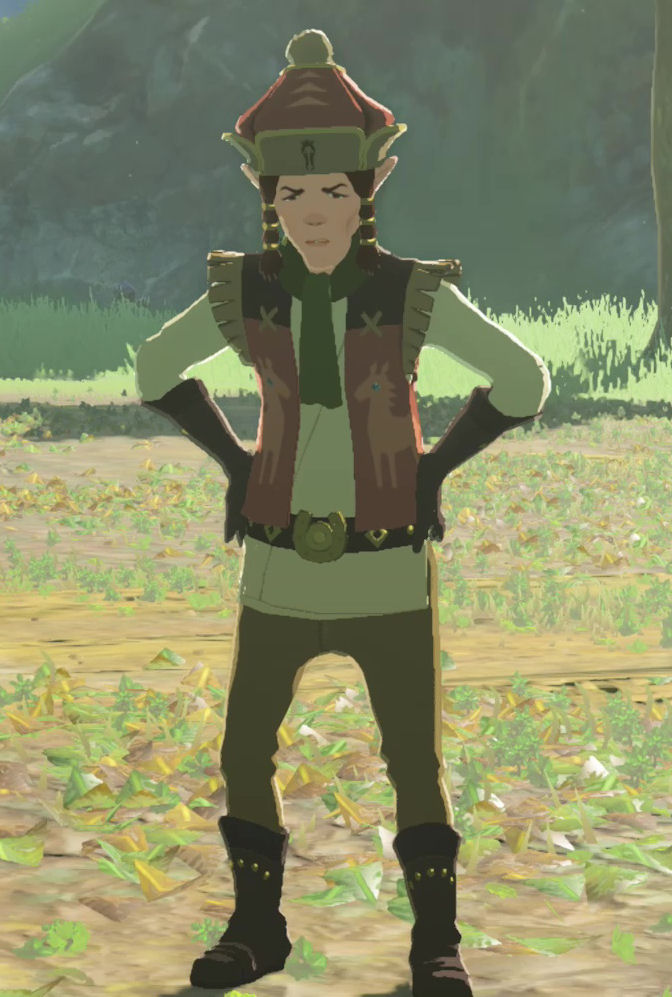 Trott is a character from Breath of the Wild

Trott can be found patrolling just outside of the Outskirt Stable, where he serves as the apprentice to the stable master, Embry.[1] While he is just an apprentice at the moment, he does have desires to one day own his own stable.[2]

Trott was assigned to the Outskirt Stable by the Stable Association, which he appreciates, as a job is a job. However, they dispatched him to this location in the middle of nowhere and have him working around the clock. Working all day has gotten him to feel hazy all the time.[3][4]

After Trott is in a better mood, Link can speak with him about the stable and the surrounding areas. Trott mentions that to the north of the stable, Link will find the Hyrule Ridge, which is the best way to reach Rito Village. To the southwest, Link will find Gerudo Desert, but there are monsters all over the place, so Trott warns Link to be careful.[5]

At 9am each morning and 9pm each evening, Trott will walk behind the stable where he will take a break for a while.[7] He remains there until either noon or midnight before heading back to the front of the stable. If at anytime it begins to rain, Trott will take cover inside the stable and advises Link to do so as well.[8]

After talking to Trott, Link realizes he is quite tired and really wants to eat some meat to gain energy. Unfortunately, most of the meals at the stable are vegetarian.[9] Trott really wants some Raw Gourmet Meat to cook, which will begin the Side Quest.

Link is able to find some Raw Gourmet Meat by defeating various animals. The easiest common enemies to defeat are a Tabantha Moose or a Cold-Footed Wolf, which are found in the snowy regions of the Hebra Mountains and Gerudo Highlands. Alternatively, some characters will sell Link some Raw Gourmet Meat on rainy days, such as Mezer near the Dueling Peaks Stable, and Stamm, just east of the South Akkala Stable.

After completing the quest, Trott will tell him to keep bringing him some raw gourmet meat if he comes across it.[12] However, Trott will only take three cuts of meat each day.[13]