From Zelda Dungeon Wiki
Jump to navigation Jump to search
Want an adless experience? Log in or Create an account.
Rima 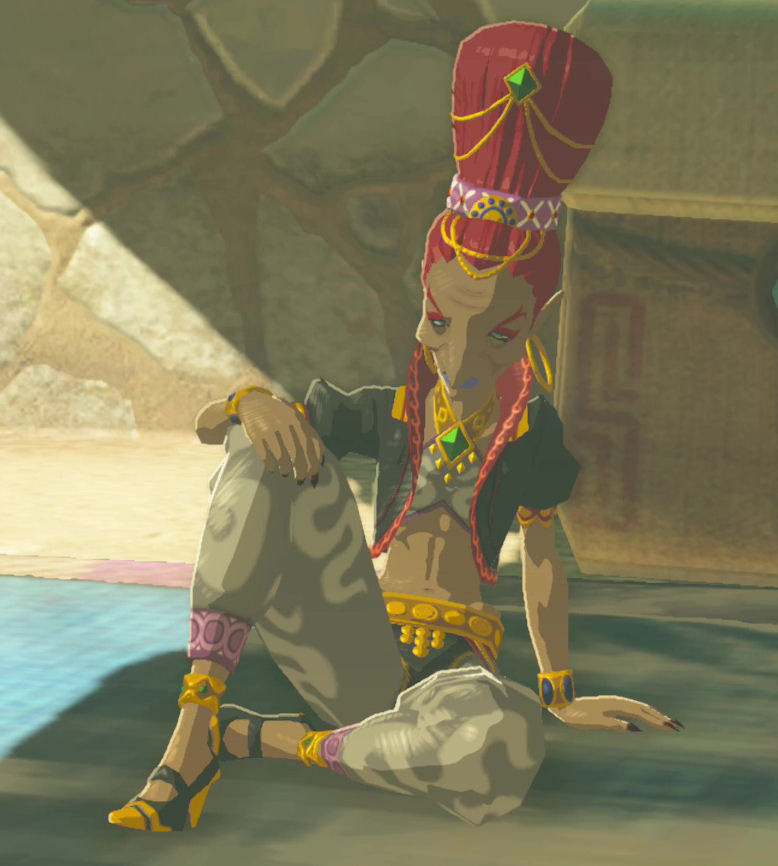 Rima is a character in Breath of the Wild.

Rima is an elderly Gerudo who is the former captain of the Gerudo Town guard. She can be found sitting and sleeping near the north end of town, right across from The Noble Canteen. She never leaves her spot, sitting there all day long before then going to sleep around 8pm. It is implied that she met Link 100 years ago as she seems to recognise him, though laments that she's never even left the town to meet any Hylians.[1] However, thanks to Urbosa, Link had access to the Gerudo Set, allowing him to traverse Gerudo Town under the guise of a female.[2]

She has never left Gerudo Town her entire life and has now settled down into retirement. She has been replaced by Buliara, who is the new captain of the guard.[1] Rima explains to Link how a gang of thieves slipped into the palace and stole the chief's heirloom, the Thunder Helm. Rima explains that if she was still in charge of the guard and something like this happened, she would send all the guards on duty back into training all the way from the beginning.[3]

Rima criticizes Buliara's leadership as head of the guard, stating that no failure like this would have been even thinkable when she was in charge. She wonders what the heck the guards were even doing when the theft occurred.[4][5]

Rima explains that once the Gerudo chief, Riju, was out surfing on her sand seal, Patricia. The seal got spooked and drifted very close to Divine Beast Vah Naboris, risking being struck by lightning. Ever since that event occurred, Buliara has refused to leave Riju's side.[6]