From Zelda Dungeon Wiki
Jump to navigation Jump to search
Want an adless experience? Log in or Create an account.
Mina 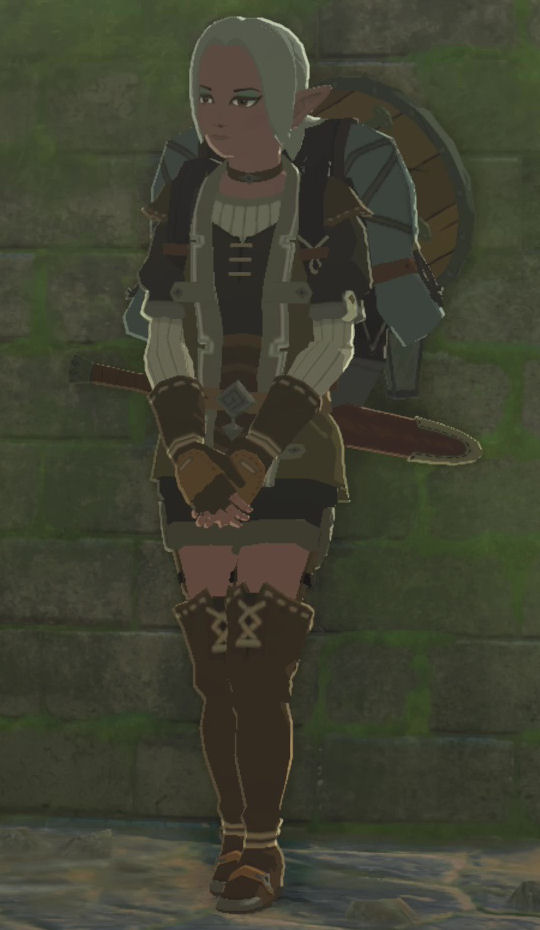 Mina is a character in Breath of the Wild.

Mina can be found with her brother Mils searching for treasure at the Gatepost Town Ruins and Rauru Settlement Ruins. These ruins were once nice up-and-coming places with a ton of people moving in. However, with the monsters that have appeared, everybody abandoned the area, so Mina thinks there could be some nice treasure left over.[1] Mina thinks that Link is also a treasure hunter, although she does advise Link to stay away from Hyrule Castle. The area is overrun by Guardians and if they spot you, there is a good chance you won't survive.

Mina and Mils will get attacked by some Bokoblin near the ruins. Mina uses her Traveler's Sword and Hunter's Shield to defend herself against the monsters.[2] If Link helps Mina out, she will reluctantly thank him, giving him a reward for offering his services.[3][4][5]

Mina is the bossy of the two siblings, constantly yelling at her brother and telling him what to do. Even when they are attacked about Bokoblin, she yells at him, stating that he's such a dummy that he doesn't even know how to run away properly.[6] When Mils stops to talk to Link briefly, Minda will yell at him, telling to get back to searching for treasure.[7] While his brother is bending over, looking for treasure. Minda can be see leaning up against a wall, resting.