From Zelda Dungeon Wiki
Jump to navigation Jump to search
Want an adless experience? Log in or Create an account.
Keye 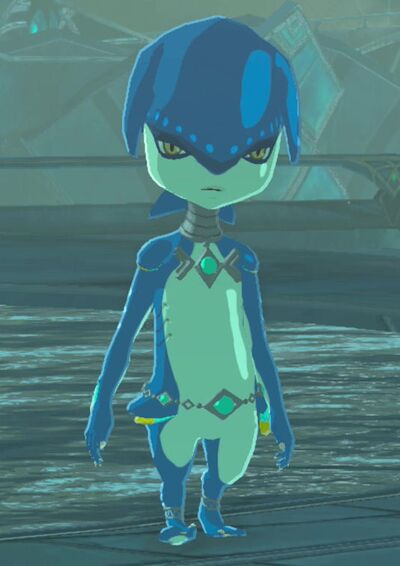 Keye is a character in Breath of the Wild.

Keye is a child Zora who can be found running around Zora's Domain with his brother Tumbo. The two brothers wake up each morning at 7am and head down the stairs to the bottom of Zora's Domain.[1] They spend most of the morning and early afternoon running around Mipha's statue at the lower level of the domain. Keye is a bit less anxious than his brother and will spend his time walking around, instead of running.

Much like his brother, Keye is worried about his mother, Mei. When he finds out that Link is a Hylian, he assumes that he lives far away. Like his brother, he wants to ask Link if he has seen his mother, but he holds back. He mentions that his father, Fronk, has told him not to talk with strangers.[2] Whenever Link tries to speak with Keye, he is a bit reserved and tells Link to just leave him alone.[3][4]