From Zelda Dungeon Wiki
Jump to navigation Jump to search
Want an adless experience? Log in or Create an account.
Flavi 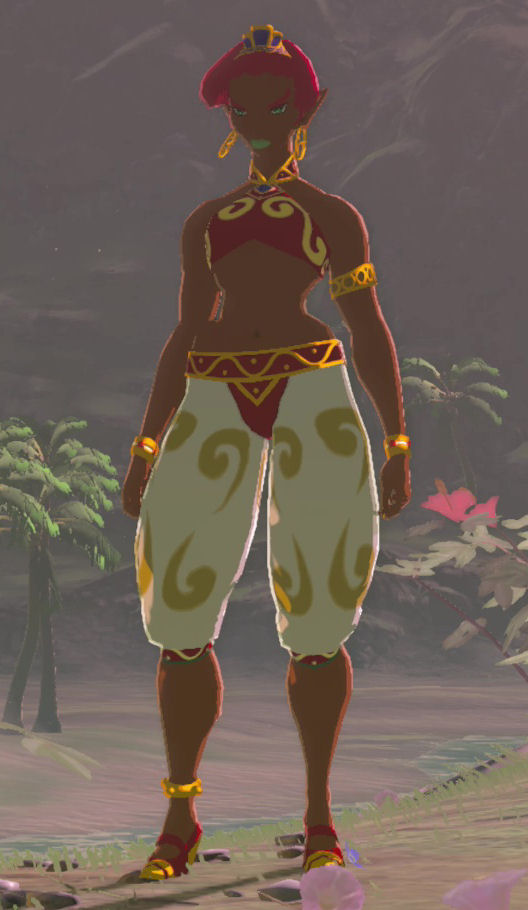 Flavi is a character in Breath of the Wild.

Flavi is a Gerudo who has traveled to Lurelin Village. She is originally from Gerudo Town, but has traveled all the way to Lurelin Village, as she was interested in going to Eventide Island.[1] However, she is not able to make it all the way to Eventide, as she feels it's more difficult to travel by sea than she had thought. She suggests that maybe if she had wings, she could fly over there.[2] This is meant to give Link the idea that he can use his Paraglider from atop of Cape Cales to reach Eventide Island.[2]

Flavi loves the weather at Lurelin Village, commenting that it is much better than the blazing heat found at the Gerudo Desert.[3] Although Flavi will complain when it begins to rain, causing her to miss her home.[4] Unlike in Lurelin Village, it never rains in Gerudo Town as the area is surrounded by desert.[5]

Flavi sleeps each night over at the Fishing Resort, where she will wake up at 5am. Each morning, Flavi will travel east out of Lurelin Village to the Gogobi Shores. She climbs up a small hill where there is some wood from a campfire. Here she has a good view where she can gaze out towards Eventide Island. At 9pm each evening, Flavi will turn around and head back to the Fishing Resort for the night.