From Zelda Dungeon Wiki
< User:Greymaria
Jump to navigation Jump to search
Want an adless experience? Log in or Create an account.
Talus 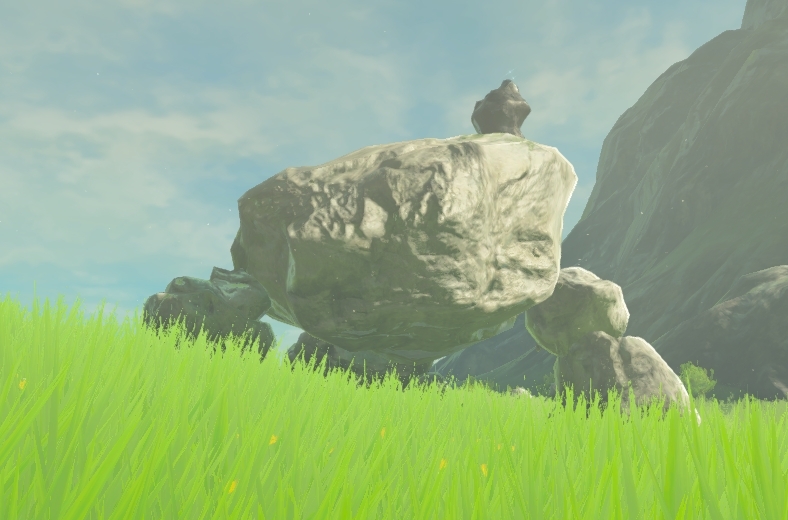 A Stone Talus near the Ocean

The Greymaria/Talus is one of the many overworld bosses found in Breath of the Wild. Every Talus disguises itself as a collection of rocks embedded in the ground, and the boss forms as Link draws near. The Stone Talus is likely to be the first boss the player encounters in the game, with one situated in the Forest of Spirits on the Great Plateau.

There are 40 of these creatures spread throughout all of Hyrule, of five different types:

Defeating all 40 and reporting to Kilton at his shop Fang and Bone rewards the Medal of Honor: Talus.

Talus beasts are particularly slow, being nothing more than animated stone golems. Link is in little danger if he chooses to run away from any Talus fight, but the rewards are worth stopping for. All Talus beasts feature a similar basic attack set and a similar strategy to defeat them. Igneo and Frost Taluses have elemental hazards to contend with in addition to the Basic Strategy; see their respective sections for details.

Damage values listed are to an unarmored and unshielded Link. For more information on the effect of Armor, see Breath of the Wild Armor.

Up close, the Talus will strike with a horizontal swing with its left arm and a vertical pound with its right arm, both dealing the Talus' basic melee damage (which varies by the Talus variety; see their respective pages). At range, the Talus beast can throw its arm (

depending on the hit; this damage pierces armor), losing the arm in the process. If at any time the Talus is missing an arm, it may decide to slam that side down to regenerate its arm by pulling new rocks from underground. If the Talus is missing both arms, it has no choice but to do so and will always regenerate its right arm first, then its left. If Link has been standing atop the Talus and striking its weak point several times, or if Link simply lingers too long atop the Talus, it will shudder and throw Link off (

). Lastly, if at any time Link is crushed by the torso of the Talus, Link takes basic melee damage.

Let's get just one thing out of the way: swords do not work on giant hulking stone monsters. The only place where a Talus can be damaged is the Ore Deposit located on its upper back, typically to its right side (Link's left, facing the beast). Remote Bombs have an effect on Taluses if their "hand" boulders are caught in the blast, but this will not deplete their health.

Disabling the Talus from afar is by far the most ideal way to handle this hulking beast. As above, throw a round Remote Bomb to roll toward the Talus from outside of its melee range, detonating it in order to destroy one of its two "hand" boulders. Forcibly removing a Talus' arm in this fashion causes it to become stunned and fall forward to the ground, where it will remain for a few precious seconds. Remove the other arm once it gets up and it will fall for a few moments longer this time.

Alternatively, striking the Ore Deposit with a critical hit of any kind, such as an arrow, will cause the Talus to collapse similarly to bombing its arms. However, this method is not ideal as it may be difficult to obtain a clear shot at the beast.

Once the Talus has fallen to the ground, climb atop it and use your favorite weapon to beat on the Talus' weak point. Take note that the Talus will stand up while you're still atop it, which may cause Link to lose his footing and slip off due to the changing slopes. Two-Handed Weapons with the whirling spin Charged Attack are ideal for damaging the Talus quickly and repeatedly, but a good One-Handed Weapon will be sufficient in a pinch. Eventually, the Talus will throw Link off, starting the cycle again.

Talus beasts drop Gemstones and occasionally Flint, in correspondence with the type of Ore Deposit it features for a weakpoint. Single pieces of these rewards may also drop during the battle while Link is beating on the Ore Deposit. 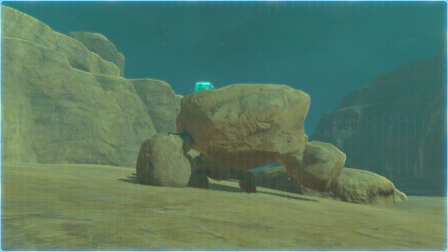 This Stone Talus, featuring a Luminous Stone Deposit as its weakpoint, appears in #NUMBER locations throughout Hyrule's temperate regions.

This Stone Talus, featuring a Rare Ore Deposit as its weakpoint, appears in #NUMBER locations throughout Hyrule's temperate regions.

This Talus is composed of molten stone and features a Rare Ore Deposit as its weakpoint. It appears in #NUMBER locations throughout Hyrule's volcanic Eldin Tower Region.

Refer to the Basic Talus Strategy for the basics of dealing with a Talus.

The Igneo Talus, like its frosty brother, adds an elemental threat to its attacks. The Igneo Talus has one new melee attack: slamming its torso forward and down (

Link cannot safely climb the Igneo Talus without first cooling its body with an Ice Arrow or equipping the Flamebreaker Armor set upgraded to level two for the Fireproof set bonus. The Igneo Talus, if cooled, will reignite its body the next time it performs its torso slam, a guaranteed attack after it throws Link from its top.