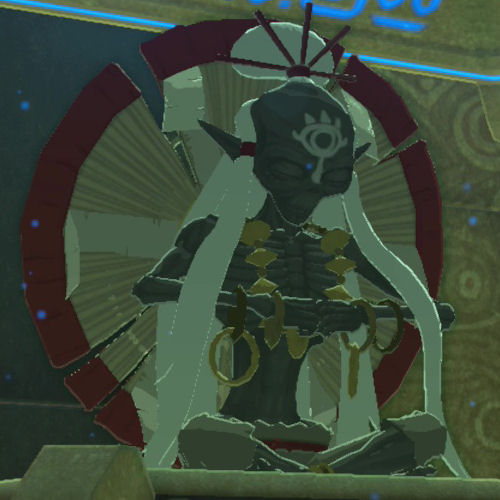 Shoqa Tatone is a character found in Breath of the Wild. He is a Sheikah Monk who serves the Goddess Hylia by guarding the Shoqa Tatone Shrine. After successfully completing the shrine's puzzles, he will give Link a Spirit Orb.