From Zelda Dungeon Wiki
Jump to navigation Jump to search
Want an adless experience? Log in or Create an account.
Liana 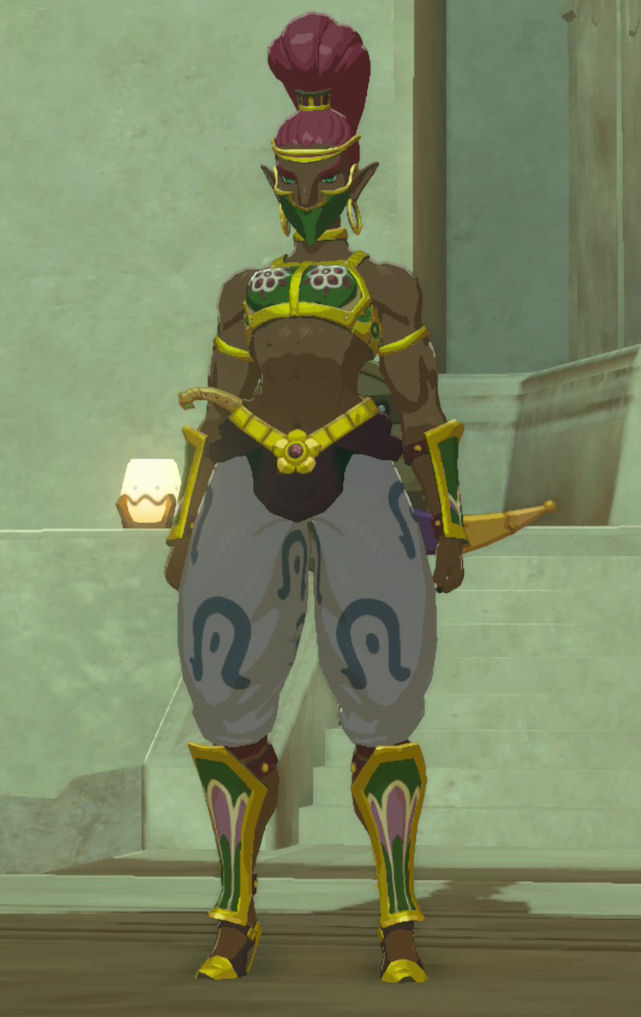 Liana is a character in Breath of the Wild.

Liana is one of the Gerudo soldiers, found in the Barracks of Gerudo Town. She can be found standing with Kotta and Leena, and appears to have a higher rank than the two of them, as she is regularly yelling at them. If Link tries to speak with Kotta, Kotta will mention that the Thunder Helm was stolen.[1] Liana immediately interrupts Kotta, yelling at her that she shouldn't be blabbing to outsiders about their internal problems.[2]

When Link tries talking to Liana, she yells at him right away, saying that the Gerudo Soldiers are on high alert and if Link wants to do some sightseeing, he should visit the market.[3] If Link asks Liana whats wrong, she will begin to explain, but then stops herself, saying that an outsider like Link doesn't need to know about their problems. Unless of course Link had permission from Captain Teake.[4] If Link understands the problems, Liana will still speak angrily to Link, telling him that if he knows what's going on, than he should hurry up and move out of the barracks.[5]

After talking to Riju about the stolen Thunder Healm, Riju will direct Link to the Barracks. If Link tries to talk to Leena, Liana will jump in, stating that she hasn't seen Barta lately, one of the other Gerudo guards.[6] Leena jumps and says that she went off to scout the Yiga Clan Hideout, but it has been multiple days and she hasn't returned.[7] Liana will go off on Leena, about why she allowed Barta to go out by herself, as well as why Leena took two days to report this to her.[8] Despite finding out this information, Liana does not tell Captain Teake about it, in fear that if she hears about the fiasco, she will punish the them, making them run laps around the Gerudo Desert.