From Zelda Dungeon Wiki
Jump to navigation Jump to search
Want an adless experience? Log in or Create an account.
Hylian Hornet 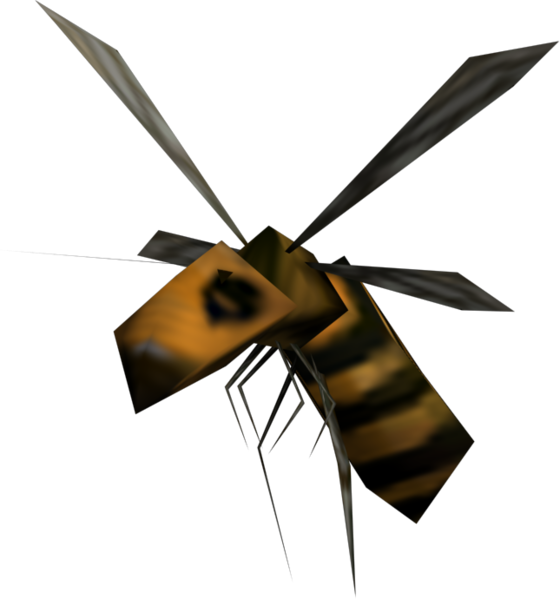 Hylian Hornets are minor enemies in Twilight Princess. They are located in Ordon Village and Hena's Fishing Hole and reside within a Beehive. They appear to be very large in size and attack in swarms. They are weak enemies and only deal 1/4 heart of damage to Link's health. The best way to defeat the swarm of Hornets is to use a Spin Attack so the Hornets will disperse. Another way to get rid of the swarm is to simply enter deep water.

During the prologue of Twilight Princess, Link encounters a character named Hanch, who is staring unnerved at a Beehive. Link knocks down the beehive using the Hawk. He is then be able to obtain Bee Larva from the now broken Beehive. This can be bottled and used as bait for fishing, alternatively it can be used to restore a small amount of health.