From Zelda Dungeon Wiki
Jump to navigation Jump to search
Want an adless experience? Log in or Create an account.
Guy 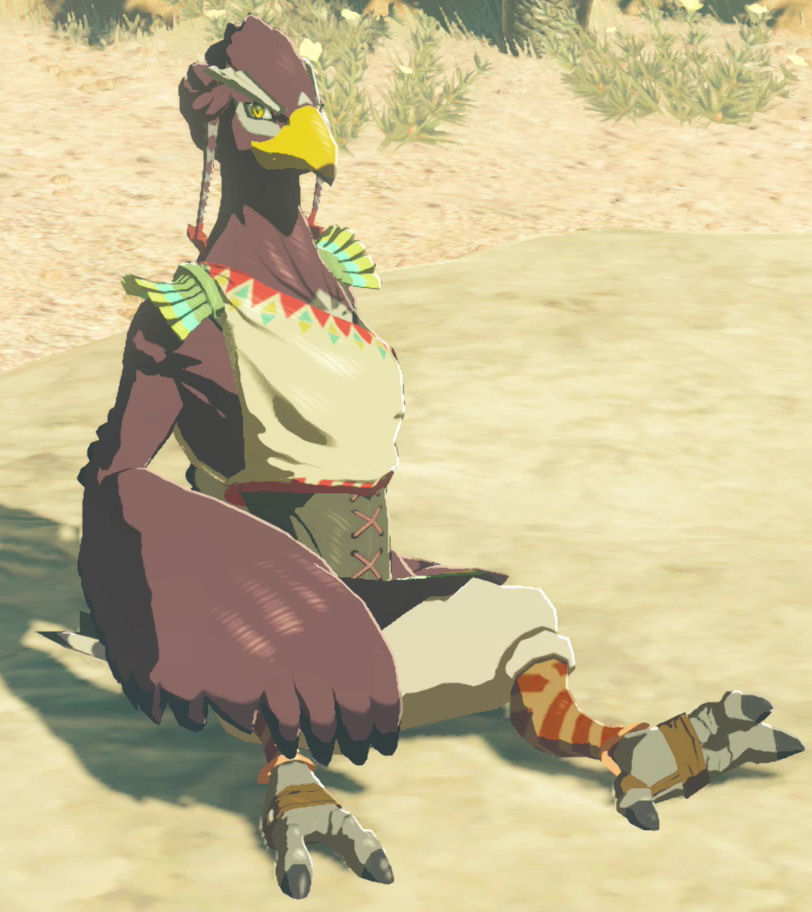 Guy is a character in Breath of the Wild.

When Link first talks to Guy, he will mention that it's just so hot that he doesn't have the motivation to go anywhere. He talks about an elixir that can help with the heat, which uses a combination of inspects with cooling effects and monsters parts. He points Link towards the colder parts of the Gerudo Highlands as a place where Link can find these insects. This will begin the An Ice Guy quest.[3]

Link will need to find a Cold Darner or Winterwing Butterfly and cook it with a monster part, such as a Bokoblin Horn. Link can purchase a Cold Darner from Maypin, the traveling merchant near the Gerudo Canyon Stable. After cooking the darner with a monster part, Link will make a Chilly Elixir. He can then give it to Guy, who is delighted and will thank Link be giving him a Purple Rupee.[4][5][6] Despite having the elixir, Guy will still remain at the Kara Kara Oasis, claiming he'll be leaving soon.[7]