From Zelda Dungeon Wiki
Jump to navigation Jump to search
Want an adless experience? Log in or Create an account.
Fyson 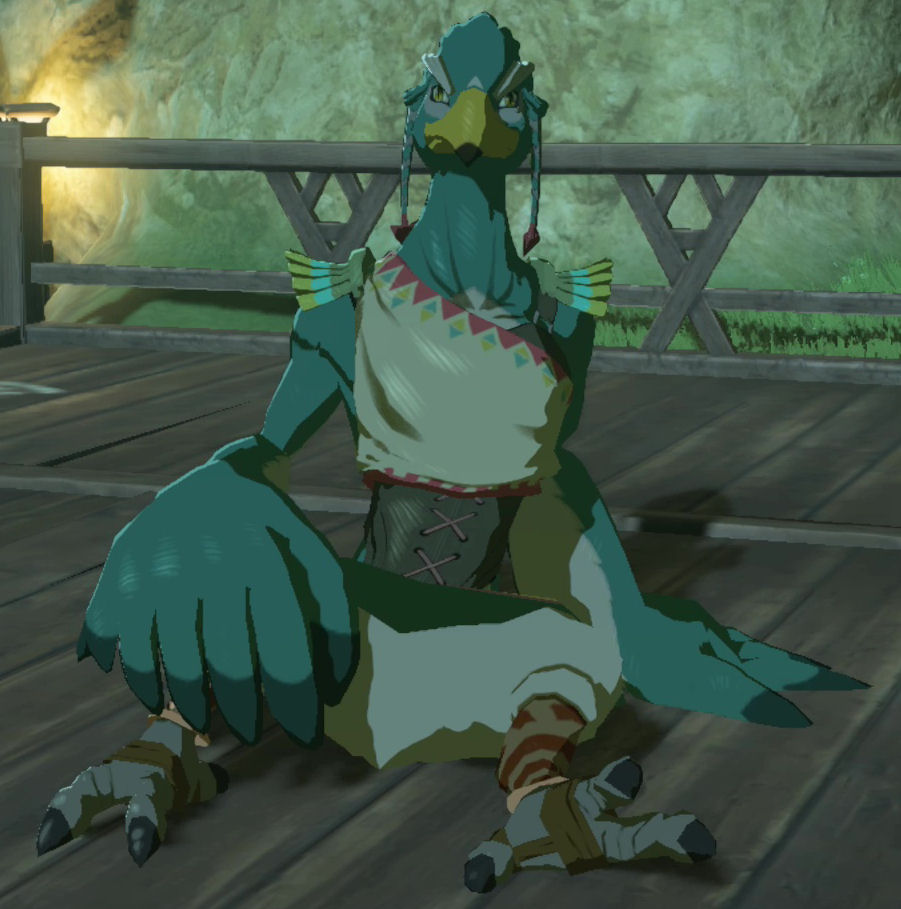 Fyson is a character in Breath of the Wild.

Fyson is a member of the Rito tribe and can be found on one of the lower elevations near the entrance to Rito Village, sitting down on a ledge. He asks Link if he's seen Divine Beast Vah Medoh up in the air, and talks about how everybody in town is freaking out over it.[1] Fryson however is more concerned with his mother, as she is repeatedly asking him to help out at the store. Fyson's mother Misa is the shopkeeper of The Slippery Falcon, found in town. Fyson doesn't simply want to help out, but instead, he wants to own his own store someday, selling whatever types of goods that he wants.[2] Fyson isn't sure if he's more sick of Vah Medoh or his mother.[3]

He is primarily involved in the From the Ground Up side-quest.