From Zelda Dungeon Wiki
Jump to navigation Jump to search
Want an adless experience? Log in or Create an account.
Demon Tribe 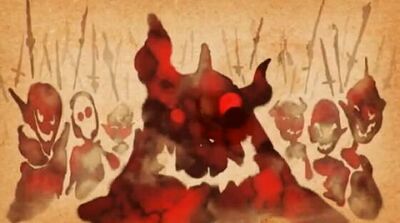 The Demon Tribe are a group, led by Ghirahim, from Skyward Sword.

There is much speculation on whether this group of beings is related to one or more other races, tribes, or groups. Ghirahim's magic greatly resembles that of the Twili, whose ancestors were said to have sought control over Hyrule before the events of Ocarina of Time. It becomes clear that the Demon Tribe consists primarily of Bokoblins and Moblins (both in a number of various forms and types), with Ghirahim as one who can conjure them up at will.