From Zelda Dungeon Wiki
Jump to navigation Jump to search
Want an adless experience? Log in or Create an account.
Chork 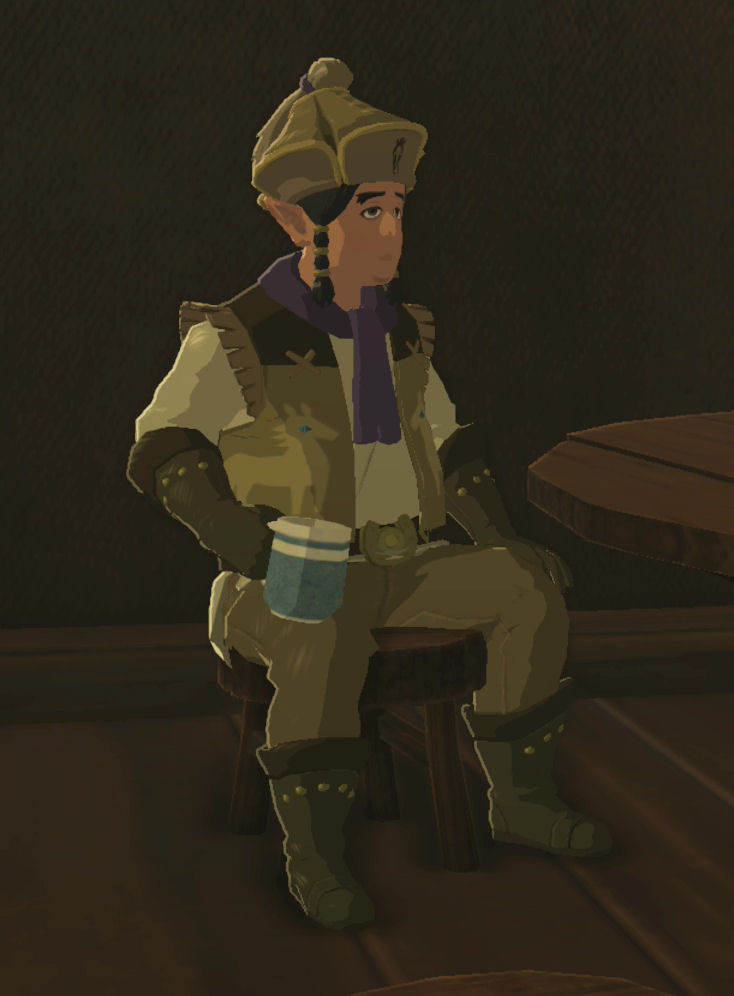 Chork is a character in Breath of the Wild.

Chork can be found at the Tabantha Bridge Stable, where he is taking care of the White Goats that are at the stable. Chork will spend his mornings in the stable, getting up at 1pm each afternoon, where he will head out to take care of the goats. He remains out there, petting the white goats until 9pm each evening. At that time he will return to the stable, sitting down at one of the stools, where he will have a drink.[1] He sits down at the table and is joined by Toren and occasionally Geggle.

Under a Red Moon

Main article: Under a Red Moon

Chork talks about one time venturing south of the stable, over to Washa's Bluff where he discovered a strange pedestal. Chork and Geggle tried to figure out what it was, but had no luck.[2] He is referring to the strange pedestal that is part of the Under a Red Moon shrine quest. He mentions that he once told a Rito about the pedestal, and this caused the Rito to rush down to check it out. Chork is referring to Kass, as he describes the Rito as having a fancy instrument.[3] If Link travels south he can find Kass playing his accordion, and talking to him will cause Link to start the Shrine Quest.