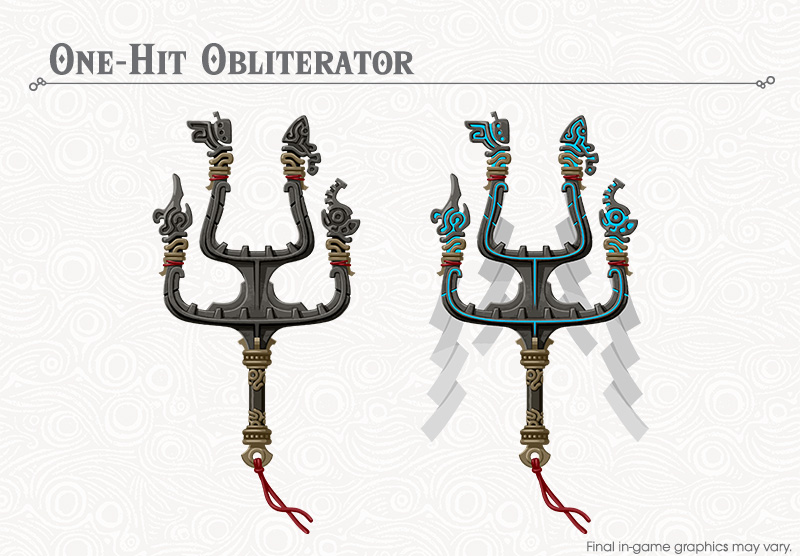 Pre-release image of the weapon

"A weapon that defeats foes with one hit and causes the user to die within one hit. It loses its sheen and power after two consecutive uses, but it will eventually regain both."

The One-Hit Obliterator is a melee weapon found in Breath of the Wild. It is able to defeat enemies with one blow, however Link will also be killed instantly if an enemy attacks him whilst this item is equipped. It is obtained as a part of the second DLC expansion for the game: 'The Champions' Ballad', in the Shrine of Resurrection, after accepting Maz Koshia's quest on the Great Plateau.

A minimum of 20 hearts is required to obtain this weapon.