From Zelda Dungeon Wiki
Jump to navigation Jump to search
Want an adless experience? Log in or Create an account.
Hino 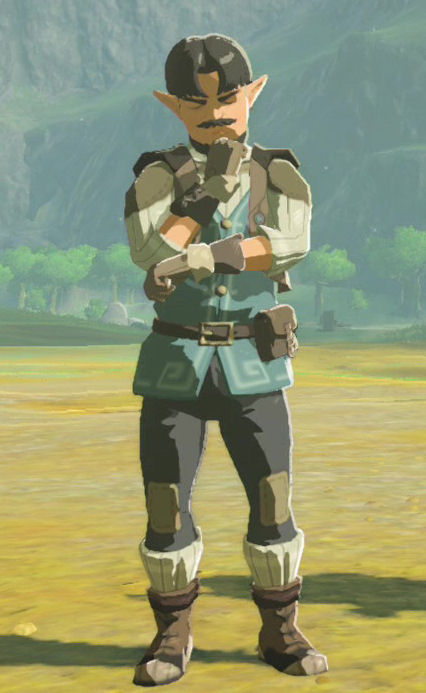 Hino is a character from Breath of the Wild.

Link can also ask Hino about tonight's moon, and what he says will vary from day to day. [4]

As Hino is awake late each night, he does not go to bed until 3am. He sleeps in the stable, waking up each day around 12-noon. At that point he walks over to his spot, just outside of the stable pondering about that night's Blood Moon.

On nights due for a blood moon, Hino will get overly excited and will start to run around in a circle around the stable, celebrating the occasion with blood red text. When the moon begins to rise, and Link asks about tonight's moon, he will say "Tonight is the blood moon, at last..." If Link talks to Hino during a blood moon when the sky is turning red, it will turn blue briefly. After Link is done talking to him, the sky will turn back to red. [5][6][7]