From Zelda Dungeon Wiki
Jump to navigation Jump to search
Want an adless experience? Log in or Create an account.
Danton 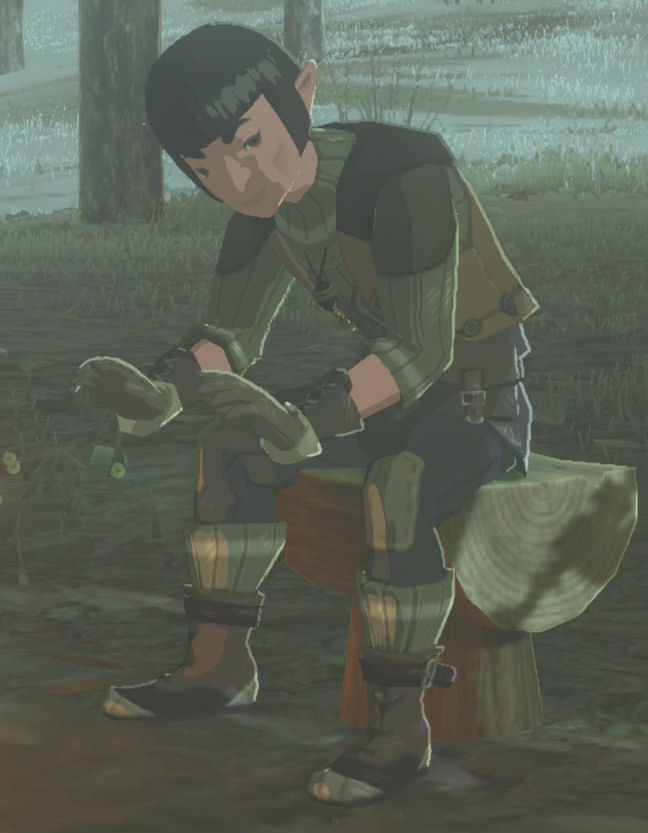 Danton is a character in Breath of the Wild.

Danton can be found hanging out at the Snowfield Stable where he spends his whole day. He wakes up at 6am each morning and if the weather is either cloudy or sunny, he will head outside, sitting by the camp fire to keep warm alongside Harlow. If it is snowing, which is most common at the stable, he will stand inside, leaning up against the counter. He will head off to bed each evening at 10pm.

Danton spends most of his day thinking about the Master Sword. He refers to it as the sword that seals the darkness and tells Link that legend has it that it's hidden somewhere in Hyrule.[1][2] He jokes that if he were the one to find it, he could use it to beat the stuffing out of every single monster on the Hebra Mountains.[3] When Danton is sleeping each evening, he even dreams about the Master Sword.[4]

Danton owns the Cooking Pot that is found just outside of the stable. He tells Link to feel free to make a Meal, using the pot. The harsh conditions of the Hebra Mountains could require some food to give Link some Cold Resistance.[5]