From Zelda Dungeon Wiki
Jump to navigation Jump to search
Want an adless experience? Log in or Create an account.
Chabi 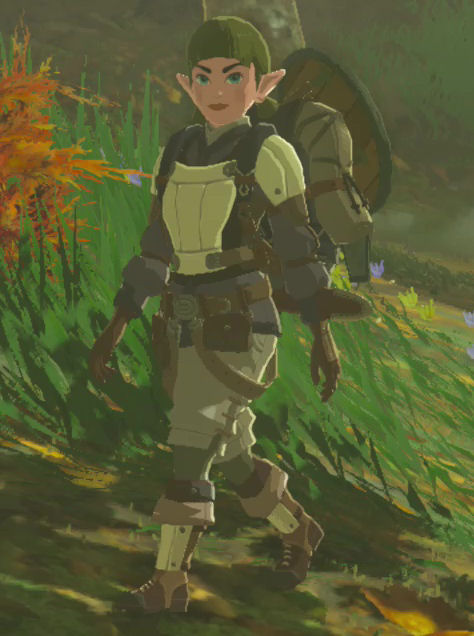 Chabi is a character in Breath of the Wild.

Chabi can be found in the Shadow Pass, just north of the South Akkala Stable. She is being attacked by an enemy Blue Bokoblin and will try to fend the monster off with her Traveler's Sword and Hunter's Shield. If Link defeats the Bokoblin, Chabi will thank him and will reward him with a gift of some Monster Extract.[1] Chabi explains that the Monster Extract comes from Kilton, the shop owner of the Fang and Bone. Chabi has an interest in Kilton and wants to meet him, but finds that he is a hard person to track down. She hints to Link that Kilton can often be found over at the Skull Lake, located at the north end of Akkala.[2]

After clearing out the Bokoblin that is attacking Chabi, she will sit down under a tree within the Shadow Pass. She will continue to talk about Kilton and how much of a weirdo he is because he loves monsters that much.[3]

If rescued after Link has met Kilton, she will say he can be found "all over the place now, not just Akkala... The creepiest part of the stories is how he's supposed to pop up out of nowhere once night falls." She's no longer certain she wants to meet him at this point.