The Legend of Zelda: A Link to the Past (Comic)

From Zelda Dungeon Wiki
Jump to navigation Jump to search
Want an adless experience? Log in or Create an account.
The Legend of Zelda: A Link to the Past (Comic) 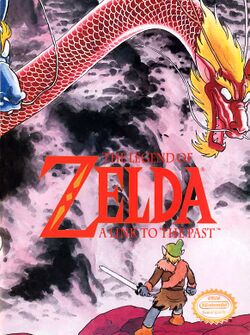 The Legend of Zelda: A Link to the Past is a comic by Shotaro Ishinomori based on the SNES game of the same name. It was originally serialized in Nintendo Power magazine as a comic mini-series beginning in January 1992 and ran for 12 issues, ending in December 1992. All 12 chapters were later collected, and then published in graphic novel form in 1993.

This comic roughly mirrors the original storyline from the game. However, a few new storyline portions were added to the comic to give it a surprise factor to those who are already familiar with the storyline. Several new characters are also introduced; such as Roam, Epheremelda, and the Librarian of Kakariko.