From Zelda Dungeon Wiki
Jump to navigation Jump to search
Want an adless experience? Log in or Create an account.
Fire Toadpoli 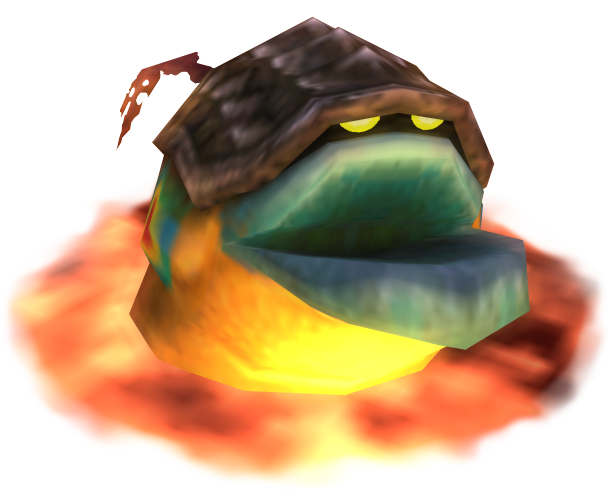 The Fire Toadpoli is an enemy that makes its appearance in Twilight Princess, and are found exclusively in the Goron Mines. Whenever a Fire Toadpoli shoots a rock at Link, he can easily deflect it with his Shield, but only if he has the Hylian Shield equipped and the Shield Attack learnt. Deflecting the rocks with the Ordon Shield will result of the shield burning to a crisp. A great way tactic for defeating this enemy quickly, is to already have purchased the Hylian Shield before advancing to the Goron Mines. Link can also defeat them by deflecting their rocks with his Sword.