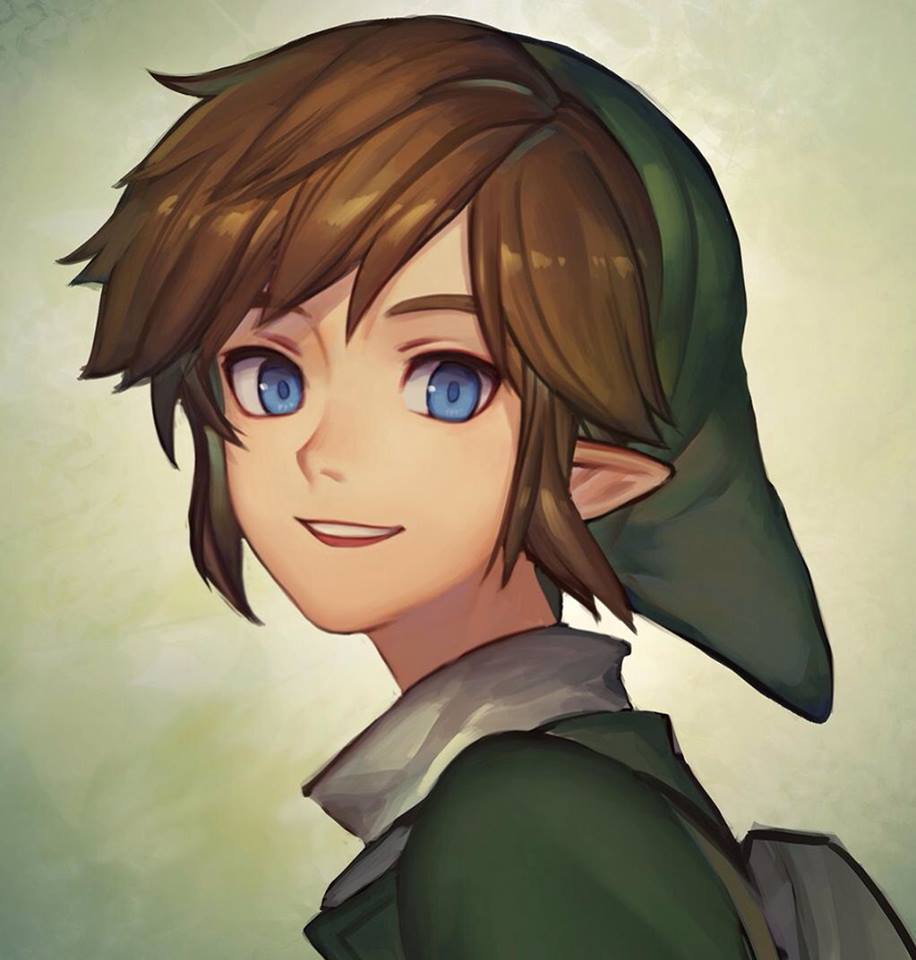 Heyo! My name's Liam, also known as Farrenhyte! I'm an Author at Zelda Dungeon. I typically post the latest news when possible, as I also publish a few editorials here and there. In addition, I have been managing my own YouTube channel: Farrenhyte. I've followed Zelda Dungeon since I was little, and as of August 2014, I became one of their News Correspondents; and now one of their Authors. I'm no big-shot editor, but I'm happy writing what I can to help out with the site!

If you want to contact me, you can either tweet me at @Farrenhyte, visit my discussion page, or send me a message through the forums! I'm always willing to listen to suggestions and/or answer questions! Or, if you just want to make small talk, that's completely fine as well!

I, myself, am not an artist. I'm terrible at drawing. But aside from that, I'd like to point out that the artwork shown on this page is by @mmimmzel! Mmimmzel is an excellent artist, and my favorite when it comes to their Link fanart. Give them some love, yeah? They'd really appreciate it!

As an Author, I listen in and (sometimes) discover the newest information on various Zelda titles, or maybe even fan-made content; and post about them on Zelda Dungeon. There are also various occasions where I will temporarily stray from that occupation in order to write editorials. In a way, you could say I do both at the same time. Sometimes I write about various news and content (be it official or fan-made), other times I have idea for a cool editorial, and I just need to get it out there.

On YouTube, I go under the name of Farrenhyte (Or, Farren Hyte). I upload various gaming videos, consisting with simple Let's Plays. I've uploaded few music-related videos, as I'm starting to understand how to make, and/or edit music as every day goes by. I'm a major Zelda fan, so most videos you find on the channel will be based off of Zelda. I've completed every Zelda game (no videos on that, though possibly in the future), so I have quite the extensive knowledge on the franchise. I also upload various Twitch streams on the channel. For anyone who watches, I hope you enjoy the content I make, as that's all I ever want from an audience when uploading videos! (Suggestions on how to improve would help, to!) I'm working hard to improve the quality and commentary on some videos, so as we're in an early (earlier, anyways) stage of the channel, bare with me! I also enjoy Voice Acting, but I've never shown my work before. Maybe in a different day and age!

I have various favorites in the entertainment section, ranging from video games, to anime. And here, I'm going to tell you guys about them, so that you'll know a bit more about me, and they'll be some cool suggestions for anyone willing to try them out!

Most of my favorite game franchises consist with Nintendo, so I'll list some of my favorite games below. None are in a specific order, but I feel that anyone with the proper system/console should give these titles a try if they haven't done so already. They're great fun!

I have many more, but these are some that I've come to love. And I know some of these are not Nintendo, but most of the ones that aren't are from Indie developers; some of my favorite games have been made by Indie Developers. I hope that, if you haven't tried one of these yet, you do so soon. These are some excellent games, and I 100% recommend giving them a shot. If you don't like it afterwards, hey, that's your call! Simply, I think that some of you should at least give these games a try rather than overlooking them.

Most of these shows will be anime, though there are some that are live-action, and/or past-to-modern cartoons. I'd also like to give warning, that some shows listed are NOT suitable for younger audiences. Just trying to look out for some of you younger fans! As before, none are in particular order. (Well, younger than me, anyways.)

If you're able to, you should definitely see these at least once. If you watch it and you don't like it, whatever! You can like and dislike whatever you want! But if any of these sound even the slightest interesting to you, give it a shot and see what you think! And, sorry for most of it being anime! I don't watch a lot of T.V. I'm usually on the internet, so anime is kind of the only thing to watch other than YouTube! Like Markiplier, Game Grumps, etc.

If you have an questions or suggestions, don't hesitate to try and reach me! I'd be MORE than glad to answer any questions you have, and I'm more than willing to listen to any suggestions you have. Thanks for taking the time to read through this, and I hope you guys enjoy any content I publish. Be it Zelda Dungeon, or YouTube. Have a great day, guys. And I hope you guys have an enjoyable time delving through Zelda Dungeon!