From Zelda Dungeon Wiki
Jump to navigation Jump to search
Want an adless experience? Log in or Create an account.
Tokkey 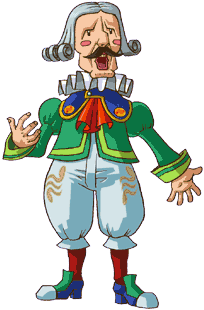 Tokkey is a researcher of music who lives in a secret grotto in Talus Peaks, an area located near Symmetry City in the Present. His house can only be accessed by discovering the hidden path under Talus Lake, which Link will have to swim around a bit to find. Tokkey's main goal lately has been to create a tune that would allow one to travel forward through time. However, he seems to have reached a roadblock along the way after encountering a riddle which states Echoes produce waves.... Tokkey will only be able to continue his research in creating this tune if he is able to figure out the riddle.