The Legend of Zelda (TV Series)

From Zelda Dungeon Wiki
(Redirected from The Legend of Zelda (Animated Series))
Jump to navigation Jump to search
Want an adless experience? Log in or Create an account. 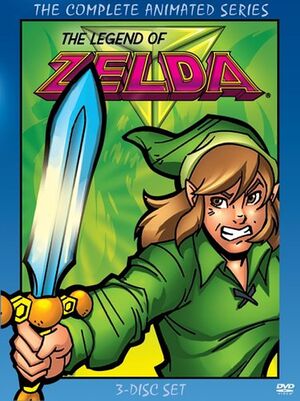 The Legend of Zelda is an animated TV series that was loosely based around characters and enemies from The Legend of Zelda and The Adventure of Link. The show first aired on September 8th, 1989 and ran weekly for 13 episodes, concluding on December 1st, 1989. The show was aired on Fridays and was produced by DIC Entertainment and distributed by Viacom Enterprises.

The story follows Link and Zelda in their attempts to protect the Triforce of Wisdom from Ganon. In the show, Ganon is described as being an evil wizard, and lives in what is referred to as "the Underworld". He possesses the Triforce of Power, and has an army of underlings.