From Zelda Dungeon Wiki
Jump to navigation Jump to search
Want an adless experience? Log in or Create an account.
Fire Temple (Theme) 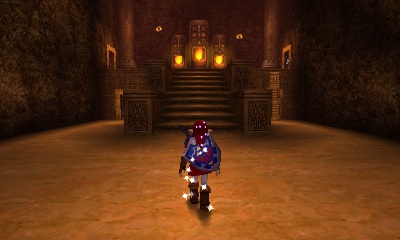 Fire Temple is a musical track from Ocarina of Time.

The track plays when Link is inside the Forest Temple, the second dungeon in the game when Link becomes an adult. The song appears as Track 61 of the Ocarina of Time Original Soundtrack, with a duration of 0:43.

There are two distinctive versions of the Fire Temple theme. In the original versions (NTSC 1.0 and 1.1) of Ocarina of Time for the Nintendo 64, the theme featured Islamic prayer chants within the song. Due to controversy regarding the track, Koji Kondo re-recorded the Fire Temple theme to remove the religious chants. This version appears from version 1.0 of the PAL cartridge and version 1.2 of the NTSC cartridge as well as all subsequent re-releases of the game, including Ocarina of Time 3D. Those religious chants were taken from a sampling CD known as "Voice Spectral, Volume 1" and on track 76, these chants can be heard as well as some that didn't happen to make it in the Fire Temple's music and has duration of at least 30 seconds.