Ceremony of the Goddess 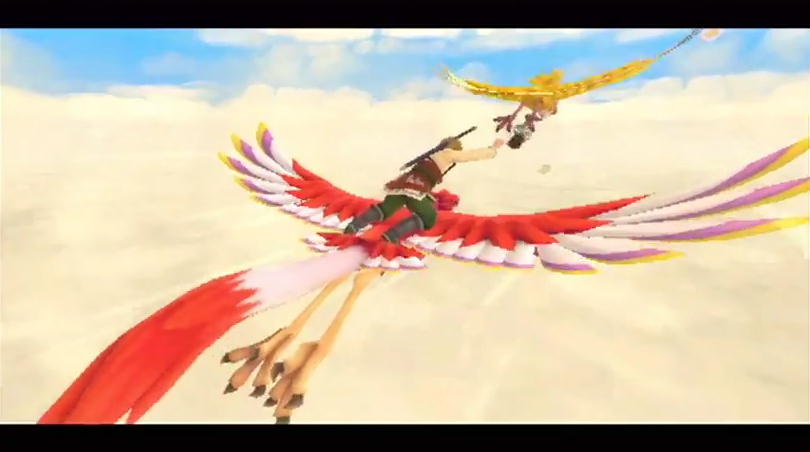 Link reaching for the Bird Statuette during the Wing Ceremony

The Wing Ceremony is started off by an explanation of what Link, Groose and his two partners must do to obtain the Bird Statuette which is attached to a Loftwing They must fly their Loftwings and try to catch the Loftwing with the statue. The winner receives the Sailcloth that Zelda made herself, who is playing the Goddess. Following the Wing Ceremony, Link gives Zelda the statue he obtained in the race. Zelda places it into a hole in the Statue of the Goddess and plays part of the Ballad of the Goddess. She then gives Link the Sailcloth. Afterwards, she shoves Link off the ledge over a large amount of stone carvings. Link must then land exactly inside the outermost circle. If Link fails, he must restart the jump, and this time, Zelda will not push Link, and Link must jump on his own.