From Zelda Dungeon Wiki
Jump to navigation Jump to search
Want an adless experience? Log in or Create an account.
Bunny Link 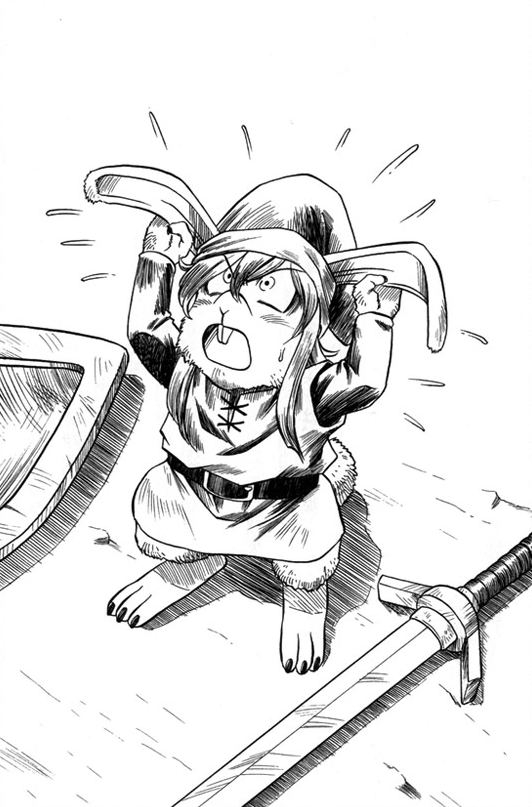 Artwork from A Link to the Past

Bunny Link is a character featured in A Link to the Past.

After Link enters the Dark World while scaling Death Mountain through the first portal he finds, he transforms into Bunny Link. The bunny is meant to represent Link's nature, as it is established that the Dark World transforms anyone who enters it into a shape that represents their nature. In Link's case, he is a kind boy who deeply cares for others and never means to harm anything or anyone innocent, similarly to a bunny. Since Link does not have the Moon Pearl, his body is transformed in the Dark World, but once he receives this item, he remains his normal self whenever entering the Dark World. However, Link may still sometimes find beams of light that temporarily transform him into this form, despite possessing the Moon Pearl. Unlike other transformations in the series, Bunny Link is incapable of using any weapons or items, or attack in any way. This forces Link to have obtained the Moon Pearl in order to progress through the Dark World after defeating Agahnim.