From Zelda Dungeon Wiki
Jump to navigation Jump to search
Want an adless experience? Log in or Create an account.
Benja 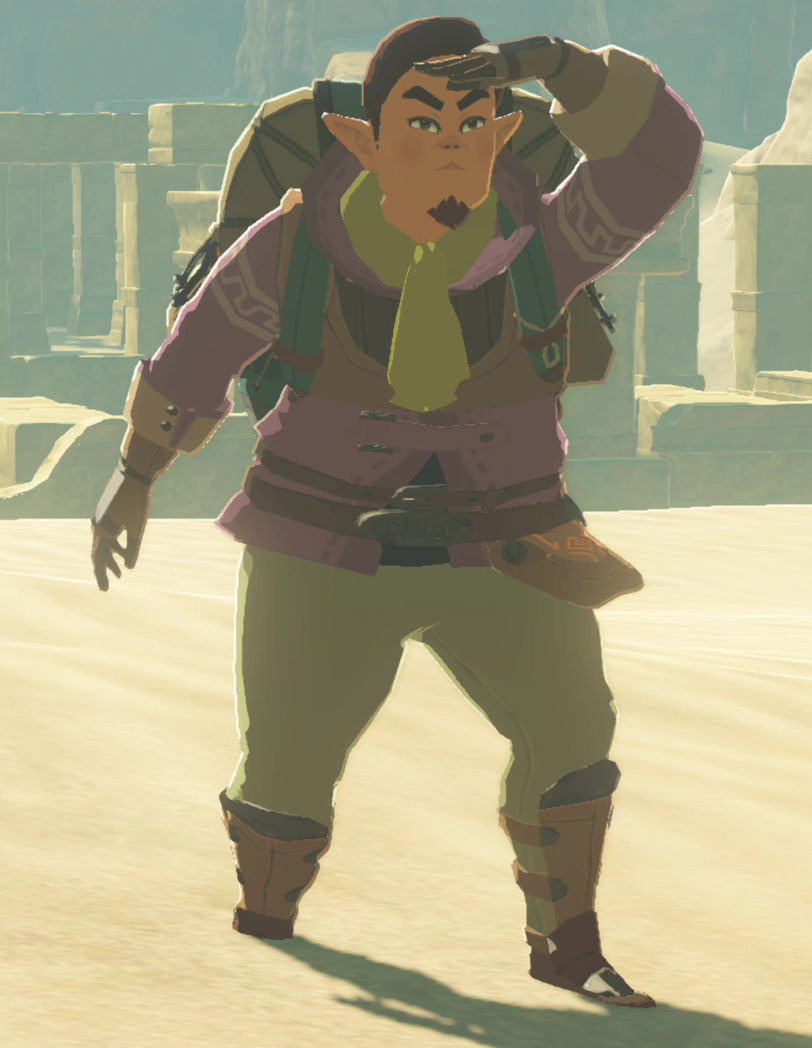 Benja is a character in Breath of the Wild.

Benja is the leader of a group of merchants, along with his friend Robsten, who want to do business in Gerudo Town.[1] However, since he is a male, he cannot seem to gain access to Gerudo Town. He can be found outside the town's main gate, near the Daqo Chisay Shrine.

He appears to be spying in on Gerudo Town, although he gets rather defensive when Link hurls that acquisition at him. Instead, he claims that he is simply doing research, trying to find a way into the town.[2][3]

After talking to Benja, Link will hear that Benja might have found a way to slip his way into Gerudo Town. He claims that a man was able to infiltrate the town. This many frequently travels between Gerudo Town and Kara Kara Bazaar to the east[4][5][6] This will begin the Forbidden City Entry main quest.

After acquiring the Gerudo Clothes, Link can speak with Benja while wearing them. Benja seems to have an attraction to Link and despite their conversation being nearly the same as before, Benja doesn't realize that it is Link.[7][8]