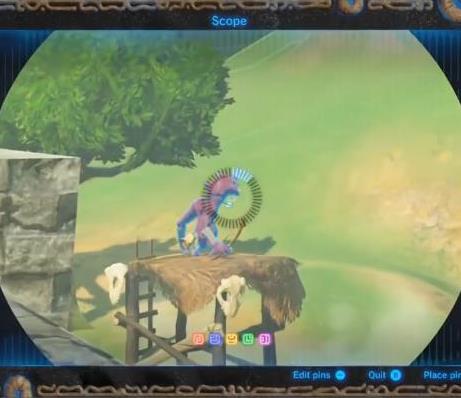 First shown in E3 2016, the Health Sensor required the use of the Sheikah Slate#Scope function to point at enemies while a timer eventually displayed their health bar.