From Zelda Dungeon Wiki
Jump to navigation Jump to search
Want an adless experience? Log in or Create an account.
David 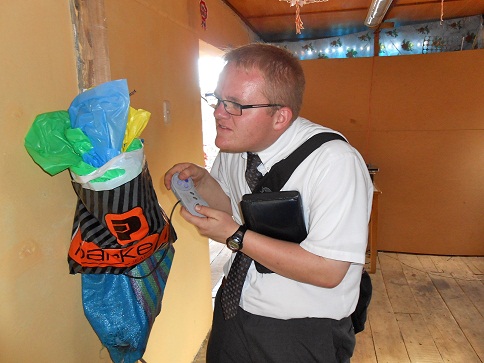 I am David. I used to administer this Wiki and the Wordpress here at Zelda Dungeon. I was am the head webmaster of Pokemon Dungeon, a completely dead Pokemon website that is(?) part of the Dungeon Gaming Network along with Zelda Dungeon. I have absolutely no plans of expanding the network, because I'm just a user now.

I am working on a side project called NintenCity, but that's going to take some time. I host a podcast there too!

I love every Nintendo franchise. I'm a huge nerd, of course. I love developing web pages and starting projects. I'm a physics major.

I joined Zelda Dungeon's staff in spring of 2011, in March, I believe, as a News Correspondent. I was one of the masterminds behind the posting of news here at Zelda Dungeon. During my time in this position, I got really good at creating quality news posts, making lots of people happy with the news I provided.

As time went on, I slowly worked my way up in the ranks of Zelda Dungeon's staff. I quickly became trusted on the forums, on the Wordpress install, and even with coding some of the basic pages. I became the go-to-guy for the Staff page and for creating the lovely icons and featured images on the main page. I took existing templates, improved on them, and made really nice looking work. Everything was really good for a few months in my positions on staff.

After I took on Pokemon Dungeon and it was up and running, Mases approached me and made the offer to purchase the site from me. I agreed on several terms that kept me in charge of the project. This was the defining moment for the new network: Dungeon Gaming Enterprises.

After that big moment, I stepped down from my position as news staff member. After that, I become one of the heads of this Wiki, an Admin of the Forums, and a very large part of both Zelda and Pokemon Dungeon.

In 2012, I left the website to serve an LDS mission in Peru. It was a great use of 2 years, and I fell in love with the people there. I came back and wasn't too interested in continuing at Zelda Dungeon. I have lurked for the last few years, and now I edit the Wiki in my spare time.

My obsession with the internet happened years ago, probably when I was in the first grade. I love working with computers all around, and the Internet called to me more than anything else, really. If you need to get in touch, find me on the ZD Discord or message my talk page. K thx.