From Zelda Dungeon Wiki
Jump to navigation Jump to search
Want an adless experience? Log in or Create an account.
Maike 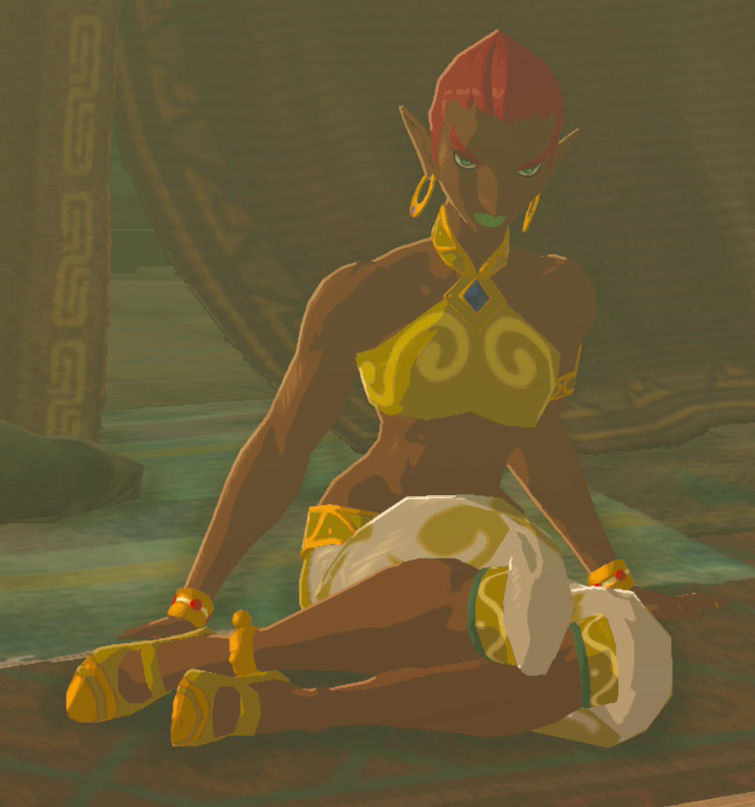 Maike is a character in Breath of the Wild.

Maike is a Gerudo merchant who has a shop at the Kara Kara Bazaar. When Link speaks to her, she will tell him good morning, good day, or good evening, depending on the time of day. Although she gives the Gerudo translations of these particular words as sav'otta, sav'aaq, and sav'saaba respectively.[1][2][3] She also will say well come, which translates to vasaaq.[4]

Maike has a younger sister named Estan, who runs the butcher shop over in Gerudo Town. She mentions that Estan was a traveler so she knows the language much better than her. She encourages Link to stop by, but then remembers that since he's a man, he won't be able to get past the front gates.[5]

Maike sells some cooked food in the form of Roasted Bass and Seared Steak. She will also have some Lizalfos Tails for sale. She will thank Link for purchasing some of her merchandise, using the term Sarqso.[6][7][8]