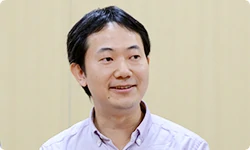 Kentaro Tominaga is been an employee of Nintendo where he has worked since the early 2000's. The first game that he worked on in the Zelda series was The Wind Waker, where he was credited as an Assistant Director. He has since gone on to be involved with numerous Zelda titles as a director, planner, and designer.