From Zelda Dungeon Wiki
Jump to navigation Jump to search
Want an adless experience? Log in or Create an account.
Hideaki Shimizu 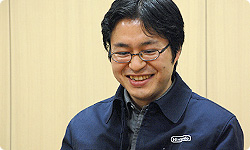 Hideaki Shimizu is a game developer who has worked with Nintendo since the 1990's. He worked on a number of titles for the Nintendo 64, including Super Mario 64, Wave Race 64, Star Fox 64, and Yoshi's Story. He joined the team on Ocarina of Time, where he was credited with Technical Support. He would go on to work on all the major Zelda titles for the Nintendo 64 and Nintendo GameCube over the next decade.