From Zelda Dungeon Wiki
Jump to navigation Jump to search
Want an adless experience? Log in or Create an account.
Asuka Ohta 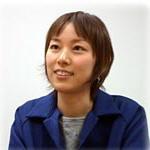 At an early age, Ohta studied piano and was a big fan of the Super Mario video games. She was influenced by Koji Kondo and was also an assistant to well known Nintendo composer Kazumi Totaka. Her first Zelda work was on Four Swords Adventures where she assisted Koji Kondo and Hajime Wakai. She later worked alongside Koji Kondo and Toru Minegishi, working on the Twilight Princess soundtrack.