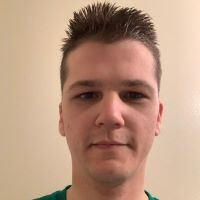 When you have nothing left, believe in yourself, for your greatest strength is faith.

Dubbed the Writing Mercenary by our beloved Andy, I joined ZD in the middle of September, though I’ve been a fan since long before that. Since joining, I’ve become a Senior Editor and a co-host with Andy on the Champions’ Cast!

Raised in Los Angeles, CA, I’ve made my way through life much like Link himself; by the damn seat of my pants. I first discovered Zelda when I was four years old and have been fairly obsessed with it ever since, but even that takes a secondary role to my primary passion of writing. Whether I’m reading or writing, I’ve been craving creativity since before I can even remember. After college (and several stints in retail and customer service while practicing personal projects) I finally started off a career in freelance writing. This has led to writing in the video game industry and now at ZD!

While I may suffer from Diabetes Mellitus Type 1, I never let it get me down for long. My health problems have always made me partial to charities and their causes, which is partially responsible for my discovering of Zelda Dungeon and their marathons.

My free time tends to be devoted to almost anything that grabs my fancy! I love to sing, dance, read, write, play video games, cosplay, and stream on Twitch. I’m also a martial artist and I love anime and manga as well as attending what conventions I can afford/devote time to. If you see me at an event, don’t hesitate to say “Hi!”