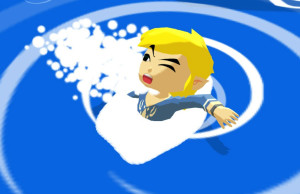 Welcome to the seventh installment of Piece of Heart, where we look at The Legend of Zelda series through the eyes of a literary professor and examine how its literary elements enhance the gaming experience. This week’s lesson is titled “If She Comes Up… It’s Baptism”. Basically, being submerged in water can represent a character’s rebirth. The Wind Waker in its entirety comes immediately to mind, leading into the lands that emerge to make up new Hyrule in Spirit Tracks.

Characters being dipped in water, getting soaked, or drowning also have significance. There’s a shocking amount of water in Zelda if you really think about it; there are lakes, bays, temples, oceans, fountains! A drenching or two is inevitable, so I’m going to take the plunge and analyze a few.

At its outset, baptism equates to rebirth, but it’s a little more complex than that. The way in which a character ends up in water, escapes from water (or doesn’t), and the number of times he or she enters water are all significant for different reasons. Falling into water means a character wants to be cleansed, while being pushed represents a premature rebirth that could have negative effects. In either case, the character’s life will be drastically altered after the ordeal. The religious association of the baptism usually applies when a character gets wet three times. Three-time dips in water reform and redeem characters in phases; only after the third submersion is a character fully cleansed– though not inherently holy. And drowning is its own beast: Drowning is character revelation, thematic development, or plot alteration. Opting to drown usually conveys a character’s final attempt at taking control in his or her life, while accidental drowning will in some way reflect the nature of that character. 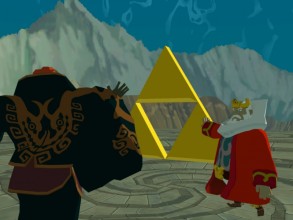 There aren’t many drownings in the Zelda series, save for the King of Hyrule in Wind Waker, so luckily his is a very good one. Daphnes Nohansen Hyrule was King during the Era Without a Hero. Because he couldn’t protect his kingdom from evil, he left its fate in the hands of the Goddesses who then brought about the Great Flood to seal Ganon in old Hyrule. When Ganon broke from the seal, the King was awakened to seek out a new hero to stop him for good. Doing so successfully, the King uses the Triforce to wish for the destruction of old Hyrule and opts to go down with the ship. As the world floods, he tells Link and Tetra that he regretted always being bound to his kingdom despite its being lost to time.

This drowning is pretty much by-the-book, it was the King taking back control. He wasn’t strong enough to save his Hyrule, so when Ganon broke the seal and inadvertently woke him, the flood became a chance for redemption. He found and assisted the hero, but fate still rested in the hero’s hands rather than the King’s. It wasn’t until the very end when Daphnes assured Ganon’s defeat and the drowning of old Hyrule by using the Triforce himself, that the King took the power back; he requested the flood and chose to drown with his domain, solidifying his role as its sole defender and guaranteeing that new Hyrule would be a completely reborn land unsullied by the past. 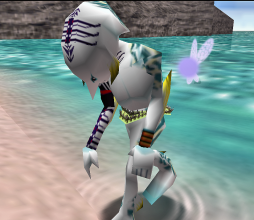 Moving on from drowning, I think a really interesting example of baptism comes from receiving the Zora mask in Majora’s Mask. Mikau is lead guitarist for the Indigo-Go’s who is gravely injured in an effort to retrieve his band mate Lulu’s stolen eggs from the Pirates’ Fortress. He floats to the Great Bay where Link finds him, and Link must enter the water to push Mikau ashore. Badly hurt, Mikau says to Link, “Baby! If I die like this… Even if I die… It won’t be in peace… That’s for suuure! Somebody, please rescue her eggs before the pirates take their toll. Oh, somebody, somebody, please heal my soul.” He dies from his injuries shortly after and Link plays the Song of Healing to obtain the Zora mask.

Majora’s Mask is a game chock-full of death and redemption and transformation, but this particular one is more powerful because of its dependence on water. Mikau dies, but is reborn when Link dons the Zora mask. This event would have been less profound had Link not been forced to enter the water and “save” Mikau. If it wasn’t that important, Mikau could just as easily have floated close enough to shore to stumble onto the beach himself. Instead Link saves him, and Mikau is able to pass on his legacy by recounting his efforts regarding Lulu’s eggs. He asks Link to heal his soul by rescuing the eggs, and heal he does! Link takes the form of Mikau to fulfill this request; he is Mikau’s second chance. With the Zora mask, Mikau is consistently reborn within the Hero of Time. In the end, the loss of one life lead to the saving of an unborn seven. What a great bay. 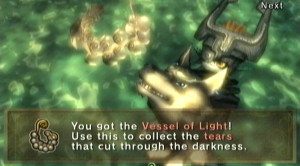 The only potential three-time baptism I could find was in Twilight Princess when Link has to collect Tears of Light to lift the Twilight from various areas of Hyrule. He does this three times, despite there being four Spirit Springs in the game. This baptism fits the three-dip definition well, because it is a gradual purification of the land of Hyrule through the purging of twilight left by Zant. Additionally, filling the Vessels of Lights with tears awakens the Spirits of Light and allows Link to return to human form, which adds further layers of resurrection.

I was hoping that Skyward Sword Zelda had been made to purify her body at three springs so there’d be another triple-dip baptism, but alas it was only two. In any case, that was another instance of rebirth through baptism. After purifying her body, the Goddess Hylia was awakened within Zelda. This was the Goddess’ rebirth and another chance for her to vanquish Demise for good. It was also the beginning of a new life for Zelda, knowing that she was the reincarnation of the Goddess –and Link the Hero– changed her life drastically. She had a new sense of purpose, and in the end left her life in Skyloft completely to live on the Surface and begin that world anew.

There are so many other instances I want to talk about, so I’ll try to make these quick. Fairy Fountains are obviously sources of renewal, Link’s health is replenished by all fairies found there and the Great Fairies often give Link upgrades to aid him on his quest. Another rather simple instance of baptism is the Water Temple in any given Zelda game. The temples are extremely tedious and difficult; I like to look at it as a warning of the arduous journey yet to come, so getting through that challenging temple is a moment of growth for both Link and the player which changes their mindset moving forward. 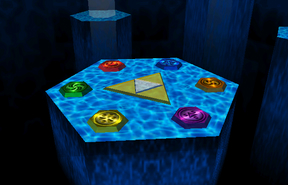 Lastly, the pedestals in Ocarina of Time‘s Chamber of Sages are all topped with water, and as Rauru said to Link, “Only one worthy of the title of ‘Hero of Time’ can pull [the Master Sword] from the Pedestal of Time…. However, you were too young to be the Hero of Time… Therefore, your spirit was sealed here for seven years. And now that you are old enough, the time has come for you to awaken as the Hero of Time!” So the chamber was a transformation of young Link into his new life as the hero.

I think you all get the jist, submersion in water stands as a kind of baptism or rebirth or cleansing for the characters involved. So next time you see a character being swept under by ocean currents or pushed thrice into a mall fountain, keep in mind that there are going to be big changes ahead.

My apologies for not having this article out last week, it shouldn’t happen again. What did you think of this week’s lesson? Are there any instances across other media platforms where you’ve observed these principles in action? Flood the comments with your thoughts, and as always you’re more than welcome to share some analyses of your own!