Piece of Heart: Acts of Vampires

Posted on January 09 2015 by Alexis Anderson 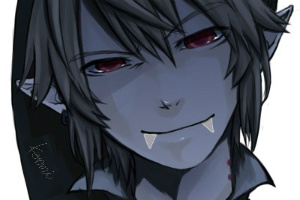 Welcome to the third installment of Piece of Heart, where we look at The Legend of Zelda series through the eyes of a literary professor and examine how its literary elements enhance the gaming experience. This weeks lesson is titled “Nice to Eat You: Acts of Vampires”, and believe it or not many of the enemies in Zelda are actually life-sucking creatures of the night.

Though they may not show up in mirrors, literary vampires are very easy monsters to spot– you won’t even need to Z-target!

“Vampires” in literature aren’t usually actual vampires. They are alluring, dangerous, mysterious older figures who pursue young pure females in order to strip away their youth, energy, or virtue. After these figures are done with a victim, they become stronger. These characters are employed either to show the cruelty of a social institution, show the dangers of possessing a certain trait, or to make an overall statement about the loss of innocence.

Major bosses immediately come to mind as vampire contenders, nearly all of them want to kill Zelda or Link for their pieces of the triforce or whathaveyou which would be a consummation of their youth through death. In Skyward Sword, a ritual that involves consuming Zelda’s soul is necessary in order to bring Demise back to full power– he’s a vampire. As the incarnation of the Goddess Hylia, and a young lady who had just purified her body at all of the Goddess statues, Zelda was the purest of the pure. The lesson here is to always stand up and protect the innocent, moral, or otherwise blessed things just as Link fights to save Zelda; for without purity, there is nothing left to keep evil from pervading the land.

The enemies in Zelda closest to by-the-books vampires are Agahnim and Shadow Link, because their targets are multiple young women. Agahnim in A Link to the Past tries to sacrifice the seven Maidens to break the seal on Ganondorf in the Dark World, and Shadow Link similarly captures the Shrine Maidens in Four Swords Adventures so that Vaati and Ganondorf may leech off of their powers and keep Princess Zelda locked away. This could be a warning against the gain of too much power. If destroying yourself or the people around you is necessary in order to reach the desired position of power, then it will ultimately lead to your downfall.

Ghosts in literature often double as vampires, as well. Ghosts are meant to call into question the psychological stability of a character. They can either cause a character to go crazy and harm themselves, or harm someone close to them. Pamela and her father in Majora’s Mask actually cover both instances. Pamela’s father moves to Ikana with his young daughter in order to research the ghosts and spirits that haunt the valley. While researching Gibdo further, he goes to a well and is cursed, which starts his descent into madness as he begins to turn into a Gibdo himself. As for the endangerment of loved ones, young Pamela is then tasked with protecting her father while he is cursed.

The ghosts are as vampires because they nearly steal the life of a man, and in turn suck away his daughter’s innocence by forcing her to accept the adult responsibility of caring for her father. This role nearly killed her. The overall message is similar to one found in Mary Shelley’s Frankenstein; sometimes completing a project isn’t worth the risk. One can be blinded by ambition. The dangers are like a ghost, invisible as you approach but ever haunting once you go too far. 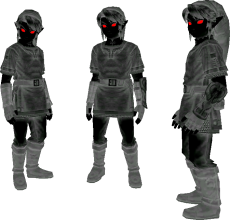 There is one last type of “vampire” literature, and those are the doppelgangers. The doppelgangers force readers to realize that there are multiple sides to people, and not all of them pretty. Dark Link, though I wouldn’t call him a worthy adversary considering he’s usually just a mini-boss, exposes what Link could have been had he decided to fight alongside Ganondorf. In Ocarina of Time he is just as powerful as Link, and as he fights he becomes more aggressive, meaning Link would’ve advanced just as well if not more quickly had he fought for evil.

After Zant drains the light from Hyrule in Twilight Princess, Ganondorf drains the power from Zelda and makes her his Puppet. The puppet shows what Zelda had to become in this dire situation. She was reluctant to sacrifice herself for her kingdom at the start of the game, but was forced to physically give up her body near the end, so the possession showed the desperaty of this ordeal.

Vampires in literature range from actual fanged monsters to regular men, to ghosts, to clones, and to the demonically possessed– this is no different in The Legend of Zelda. The corrupt slowly destroy the pure, that’s the gist of it. In short remember: Stand up for the innocent, don’t let power and curiosity destroy everything in your life, and keep in mind that desperate times can bring out the worst in people. Luckily we have Link as our very own Van Helsing making sure that the vampires don’t succeed in sucking us all dry.

Thanks for reading, and keep an eye out for vampires in other forms of media! What did you think of this week’s lesson? Do you disagree with anything discussed here, or want to express your agreement with something? Is there a certain chapter of How To Read Literature Like a Professor that you’re excited to see covered? Let your thoughts loose in the comments, and give making your own vampire analysis a whirl while you’re at it!