Breath of the Wild Sequel Spawned from Numerous DLC Ideas 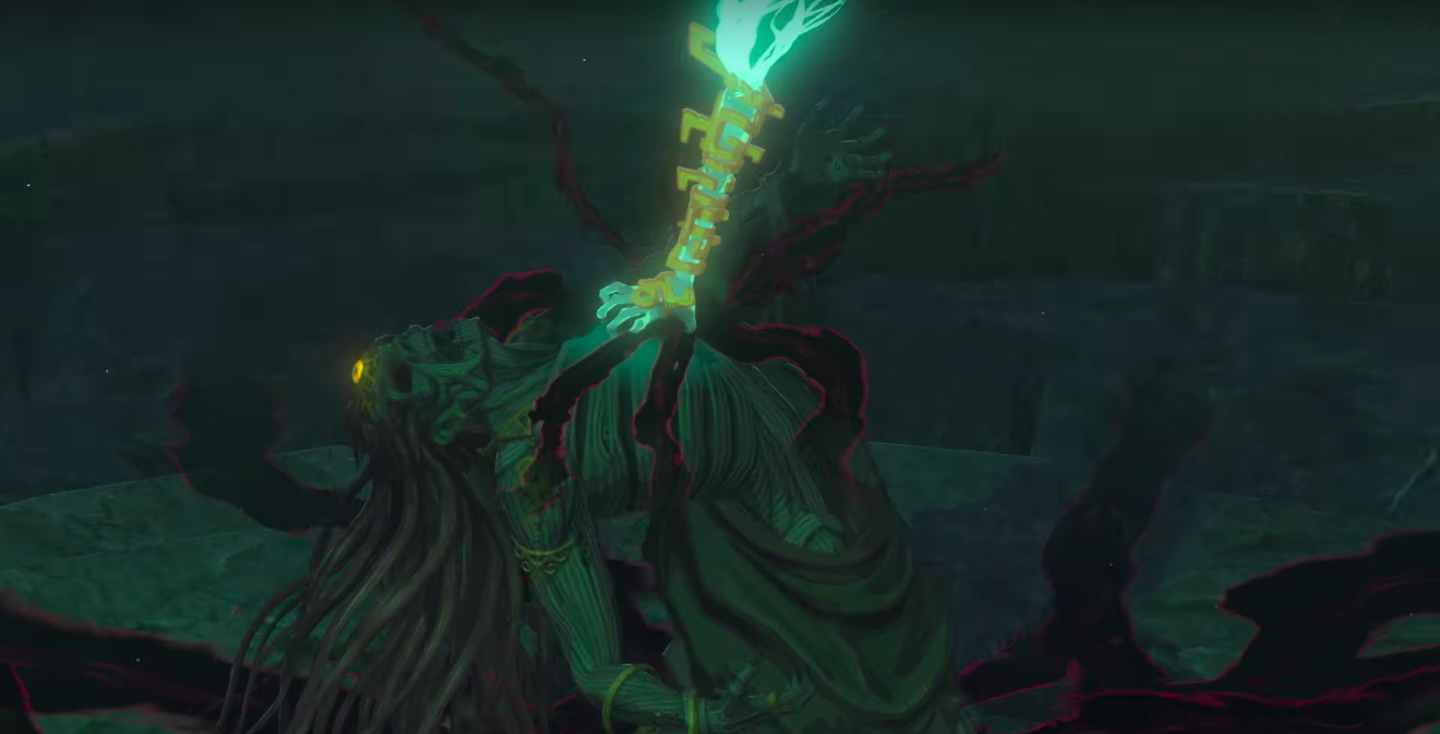 Since the release of Breath of the Wild, many Zelda fans have been hoping that Nintendo would reuse the game’s assets to make a new game, much like how Ocarina of Time‘s engine was used to make Majora’s Mask. Such was the case when a Breath of the Wild sequel was teased at E3 this year, with producer Eiji Aonuma confirming that the sequel was inspired by desire “to revisit that Hyrule again”. In a recently published interview, Aonuma expanded somewhat on this topic with Kotaku’s Jason Schreier.

Aonuma was first asked about the Zelda team’s decision to make a sequel to Breath of the Wild:

“Schreier: What made you and the team decide to make a sequel to Breath of the Wild as opposed to a new Zelda game?

Aonuma: When we released the DLC for Breath of the Wild, we realized that this is a great way to add more elements to the same world. But when it comes down to technical things, DLC is pretty much data—you’re adding data to a preexisting title. And so when we wanted to add bigger changes, DLC is not enough, and that’s why we thought maybe a sequel would be a good fit.

Schreier: Was this sequel originally planned as DLC?

Aonuma: Initially we were thinking of just DLC ideas, but then we had a lot of ideas and we said,  ‘This is too many ideas, let’s just make one new game and start from scratch’.”

As the interview progressed, Schreier asked what the next big innovation for Zelda should be with this new installment:

Schreier: I mean from a big-picture perspective, similar to the idea of reconstructing puzzles in a Zelda game—that’s a good challenge. What’s the next big challenge for you?

Aonuma: One thing we learned from Breath of the Wild is that when we focused on creating a dungeon that has multiple solutions, it turned into this great title. That’s one thing I want to polish up and use for inspiration going forward.”

Another interesting take away from the interview was Aonuma’s view on the lack of button remapping in Breath of the Wild, something the team might consider implementing in the future:

“Aonuma: When we have a button arrangement, we very much put thought into how we do it, because there’s a specific way we want players to feel. In some ways, if we freely let players do customizations on key assignments and such, I feel like we’re letting go of our responsibility as a developer by just kind of handing everything over to the users. We have something in mind for everybody when we play the game, so that’s what we hope players experience and enjoy as well. But we understand also that players have a desire for free customization.

Schreier: Also, physically disabled players might not be able to play the way developers intended.

Aonuma Definitely, that’s a very good point, and that’s something we’ll keep in mind going forward, thinking about that.”

Overall, this is a lot of interesting stuff! I’m very glad to hear that the Breath of the Wild sequel is something being done from scratch, rather than simply DLC. I also can’t wait to see how the concept of multiple solutions to puzzles will progress forward in the new game.

What are your hopes for the sequel to Breath of the Wild? What do you think the next innovation for the series should be? Tell us in the comments below.

Comments
Sorted Under: BOTW2, Breath of the Wild, Games, Majora's Mask, News, Ocarina of Time, Zelda News
Tagged With: No tags were found for this entry.