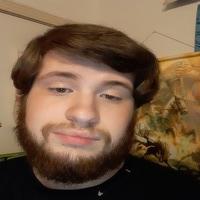 Hello everyone! My name is Charles, and I’m a writer for Zelda Dungeon.

I was born in St. Louis, Missouri, however, I grew up in Savannah, Georgia and never quite left this city. My three earliest interests when I was young were video games, Star Wars, and comic books. To this day I still enjoy playing video games! I will always love the Original Star Wars Trilogy, and although I no longer keep up with newer comics, I still enjoy collecting Silver Age Marvel comics.

The first experience with a video game was with Ocarina of Time, I was about 4 years old when I first saw it being played in my household – I usually had a short attention span back then, but watching Ocarina of Time being played completely captivated me. Although I was young, I knew I was watching something very special.