From Zelda Dungeon Wiki
Jump to navigation Jump to search
Want an adless experience? Log in or Create an account.
Colonel-Majora 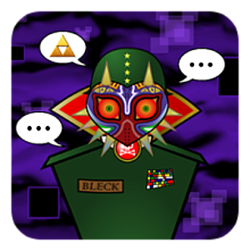 Jon Lett, a.k.a. Colonel-Majora, is a writer and editor for ZD's front page. He has an active gallery on deviantART.com (shameless plug FTW), has 2 discussion shows on YouTube, and always keeps up to date in Zelda related news. He loves the Zelda series, especially the music. He previously worked as an admin on Z-Talk, the Zelda Dungeon Podcast, and began posting his Zelda-related discussion segments to YouTube after the podcast ended. Jon enjoys video games, artwork, woodwork, My Little Pony, Zelda, and internet-binging.