From Zelda Dungeon Wiki
Jump to navigation Jump to search
Want an adless experience? Log in or Create an account.
Shinko Takeshita 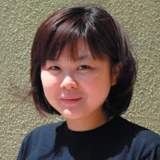 Shinko Takeshita, also known by her maiden name Shinko Konishi, is a graphic designer who has worked for Nintendo since the early-2000's. She first worked on Paper Mario, Animal Crossing, Super Mario Sunshine, and Pikmin 2 for the Nintendo GameCube. While she has a Special Thanks credit on The Wind Waker, her first major role came with Twilight Princess, where she is credited with Dungeon Design. She has since worked on Spirit Tracks, Skyward Sword, A Link Between Worlds, and Breath of the Wild in various roles.