From Zelda Dungeon Wiki
Jump to navigation Jump to search
Want an adless experience? Log in or Create an account.
iQue Player 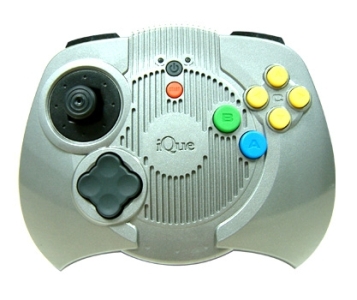 The iQue Player is the home gaming console made by Nintendo that was released in China in 2003. The system was a joint venture between Nintendo and American-Chinese scientist Dr. Wei Yin as a way of making a console that could play games, while also limiting piracy, which was a huge problem with video games in China.

Ocarina of Time was released for the iQue player, and Majora's Mask was slated for a release but was cancelled. The game can be seen on the back of the iQue Player's box. While there is no exact reasoning for Majora's Mask's cancellation, it likely was due to some of the graphical elements conflicting with China's strict censorship policies.

The iQue Player came to fame in the Speedrunning community when well known Zelda speedrunner Cosmo played Ocarina of Time on the console, due to it having slightly faster text scrolling, allowing players to cut time on their runs.