Gossip Stone: Which Zelda Title Has The Best Soundtrack? 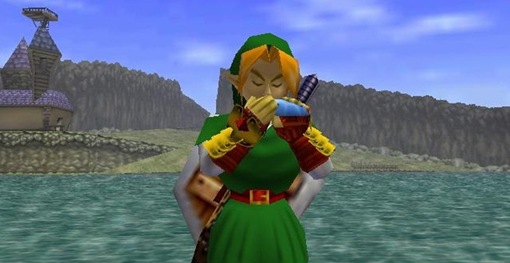 One thing that’s usually accounted for in a game is its soundtrack. Depending on its quality, that may improve thoughts/opinions of the title. It’s a huge part of the game, and will hardly go unnoticed. There are some that are good, and some that are bad- it all depends on the effort given and the composer in-charge. The Legend of Zelda has had quite a few games, and their soundtracks are pretty hard to overlook. That’s why I’m going to talk about the game’s music, and maybe even get opinions on which Zelda title has the best soundtrack. Hit the jump to tune in!

This is the overworld theme that started it all, and it can’t be more iconic. Take a listen below:

The original NES Overworld Theme is pretty hard to forget, and pieces of it carried over into titles made even today.

After this, a few other memorable overworld themes came into play. You can check them out below:

These are all shining examples of The Legend of Zelda’s soundtrack, and how much they’ve grown over the years. Personally, one of my favorites is The Wind Waker’s soundtrack. The Great Sea is an awesome exploration song, and Molgera’s Theme happens to be one of my favorite boss battle songs in the entire franchise. I’ve only shown the overworld theme of a few titles- there are so many songs in the Zelda series, it would take a very long time to listen so them all. So, I’d like to ask you to share your opinion on your favorite soundtrack in the Zelda series. All of The Legend of Zelda games have such great soundtracks, I’d love to hear your opinion on it.

So, how about it? Mind sharing your favorite soundtrack in the Zelda series? Which of these Overworld Themes are your favorite? Do you have any input on how much the themes have evolved over the years? Sound off in the comments!