Gossip Stone: Should Link’s Upcoming Companion be from One of Zelda’s Common-Races? 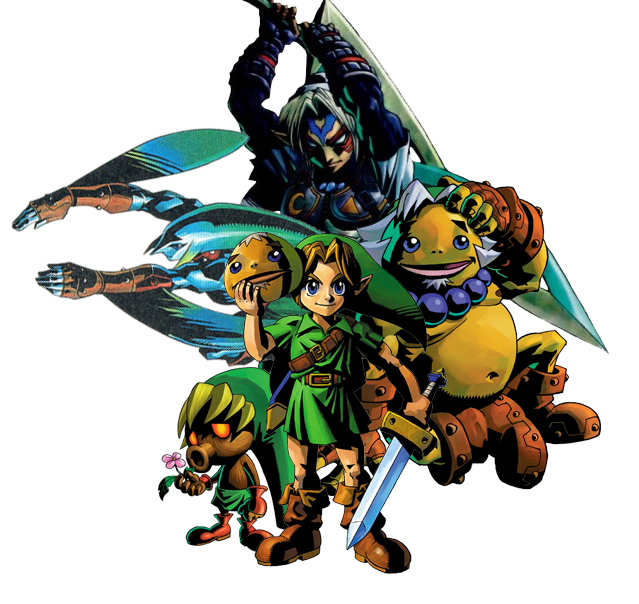 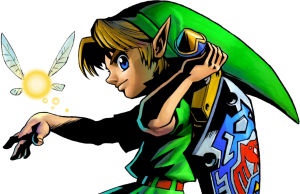 Over the years Link has had plenty of companions, but most of them are fairies, imps, or even hats! Though he’s had interactions with characters from common-races (like carrying Princess Ruto around in Jabu-Jabu’s belly), Link has never had a full-length game companion that was either a Goron, Deku Scrub, Zora, or any alternate races extended from those. To have a small floating fairy companion makes sense for functionality, but would a more humanoid companion be additionally useful to Link or better for players to connect with?

Let’s look at some of Link’s previous companions and why their being of uncommon-races worked. In Ocarina of Time, Navi wasn’t meant to be a character that players would grow too attached to; we had Saria, Zelda, and plenty of other well developed characters to dote on. So a companion that didn’t draw focus away from the main story and was only there to serve its function made perfect sense. However, in Majora’s Mask and most games onward, companions were introduced with backstories and became a part of the main plot. Tatl and Tael were siblings torn apart by Skull Kid’s malicious magic, Ezlo was a Minish wizard turned into a hat by his corrupted apprentice, and Midna was struck impish by the ungodly power Zant was granted by Ganondorf. All of these companions were directly related to their game’s main antagonist(s), but I feel that they were very well integrated into both the gameplay and the stories of their games. Tatl and Ezlo didn’t do anything more than Navi, but Midna expanded on what the role of the companion may entail. Fi kind of backtracked on that progress, despite being informative and more functional than most previous companions. She just wasn’t very well integrated into Skyward Sword’s story, but that’s a similar situation to Ocarina of Time where too much involvement would’ve detracted from the main plot. 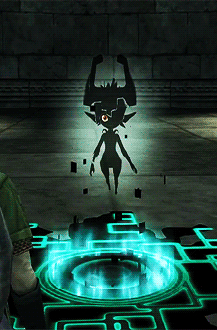 So companions are sometimes just a way to give Link a stronger connection to the game’s conflict when there isn’t another character to make that connection. Thus with certain fairy companions who don’t relate to the story, I feel that they are unnecessary to the game. And finally we come to the heart of the matter– a companion who was a part of one of the common-races would have to be integral to the story. Having full-sized characters trail along with Link for the duration of the game would require that they have a reason to be there. And being that they’d be of a common race, they would likely have a connection to the others of that race who appear in the title (assuming the companion was raised along with that race or tribe, otherwise connecting with their blood-related brethren may be part of their motivation for going on the journey with Link). Being integrated in a similar way to Midna would be most effective, although in all likelihood the companion wouldn’t be able to hide in Link’s shadow and would be an even greater presence in the game. The companion would also have to have a relationship develop with Link, whether it be romantic, platonic, familial, or of an entirely different nature.

Whether having the companion be deeply embedded in the game’s plot is something to be desired is yet to be seen as it hasn’t happened all that often in the series. On another note, however, the biggest possible upside to having common-race companions would be their functionality in gameplay. Essentially the companion could still spill information on enemy stats and remind Link of what his current objective is, but being of a common-race the companion will maintain its own set of unique skills. While Link is a swordsman, a Zora companion would be an effective swimmer,a Goron would be powerful, and so on. I would envision these companions working the way transformations did in Majora’s Mask, the player would be able to switch avatars and use the companion to perform tasks that Link himself couldn’t. As long as the companion’s constant presence is justified by ample action on his or her part, I’d probably be comfortable with the inclusion. 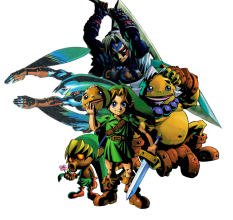 But that’s a big probably, because this somewhat equal distribution of tasks would likely diminish Link’s significance as the chosen Hero. Both he and his companion would be at the forefront at all times, so I think the bravery and perseverance that has us all in awe of Link would fall flat seeing as he had significant help and didn’t carry the weight of the world on his shoulder’s alone. For some players this may be a welcome change, but I’d have to see it in action before I can be sure that it would work for me. And if there was this easy trade-off between the two of them, the genre of the game might change slightly; the series is pretty much considered an Action-Adventure RPG depending on who you ask, but adding a second party member in the form of this companion would further solidify the RPG part.

In the end, I would have to say, yes, one of Link’s upcoming companions should be from one of Zelda’s common races– but let’s not spring that on players in Zelda Wii U. I think that it’s worth a try, and if Nintendo did make a companion part of a common-race, it may implement the character (both plot and gameplay-wise) in an entirely different way than I laid out above. I’m not very knowledgeable when it comes to gameplay elements or game development, so I can’t say for sure how easy having the companion be very useful and always on screen would be to program. I do however think that having a common-race companion could lead to some interesting plot developments and a rich character that we’d likely all come to love. Since the fanbase is rather tired of the series’ style-stagnation, a new type of companion integration might be a worthwhile gamble.

So, what do you think? Are you perfectly content with Link’s companions being fairies and other such non-core races? If a common-race companion were put into an upcoming Zelda game, how would you want him or her to be implemented into the plot and gameplay? Or do you feel rather that Link does not need any traveling companion whatsoever? Share your thoughts in the comments!