Daily Debate: Which Dungeon Boss Had the Best Location? 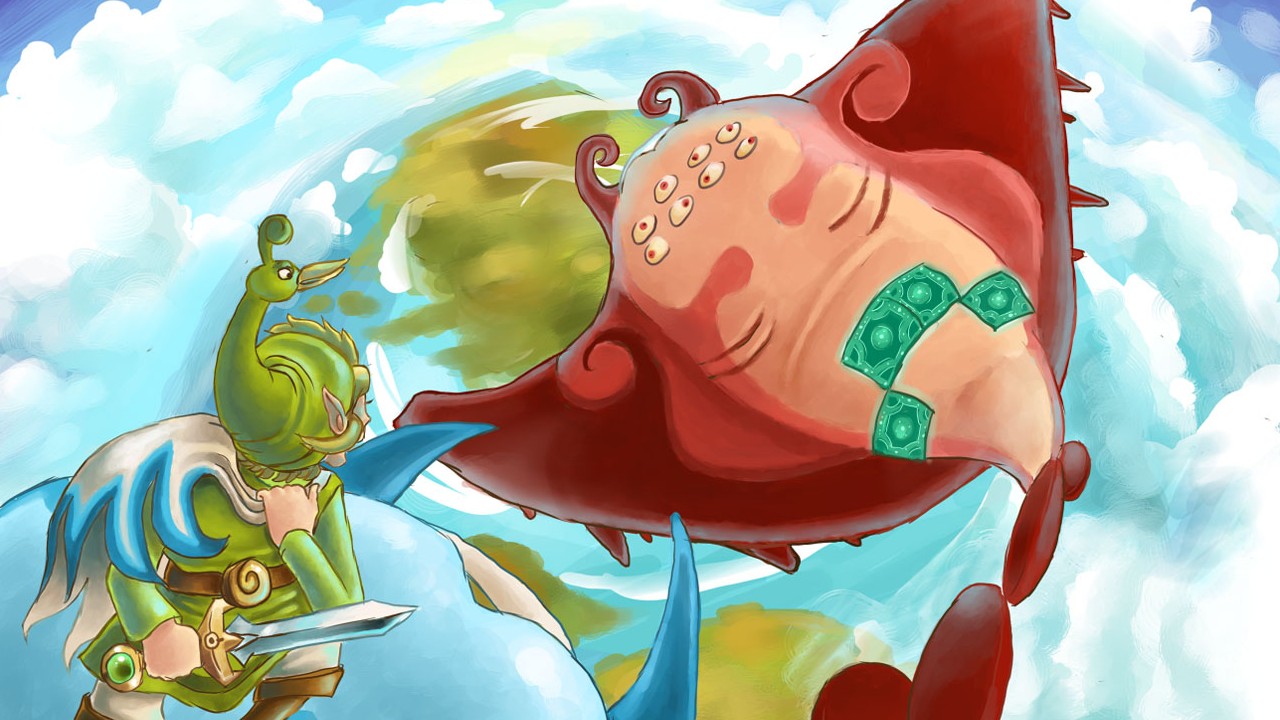 Bosses — these magnificent monsters or sinister sneaks are the principle threat awaiting Link at the end of each dungeon. They often guard a magical Macguffin that is required to save Hyrule from the forces of evil. Many in the Zelda community have spoken at length about the designs and difficulty levels of the various bosses, however, the locations where these monsters are battled are not as often discussed. Granted, there is not much in the way of spatial variety between these arenas. To allow for the fullest possible movement, most boss fights take place in circular or rectangular chambers. Amongst these there have been some stand-outs in visual design such as the eerie medieval art gallery in Ocarina of Time’s Forest Temple, or the multi-tiered mine cart system of Spirit Tracks’ Cragma battle.

Personally, my favorite boss location was the skies above Hyrule where Link fights the Gyorg Pair in The Minish Cap. This high speed aerial battle was a nice change of pace from the usual geometric arenas the Zelda bosses are fought in. With Breath of the Wild 2‘s focus on the sky, it would be cool to see a battle like this brought into the third dimension. Vah Medoh from the original Breath of the Wild was close in concept, but the big bird was practically stationary and lacked a sense of rush. I envision the 2o22 sequel to include a frantic, high-speed chase between multiple sky creatures. Link could leap from one to the other as they swoop and attack him. This would create a sense of vertigo and exhilaration, particularly if large creatures like Vah Medoh or the dragons were involved.

But what about you? What is your favorite place that you’ve fought a boss in? Give us your thoughts in the comments.

Comments
Sorted Under: BOTW2, Breath of the Wild, Daily Debate, Games, Ocarina of Time, Original Content, Spirit Tracks, The Minish Cap
Tagged With: No tags were found for this entry.