Gossip Stone: Will the Expansive World-Map in Zelda Wii U Be a Bad Thing?

Posted on January 01 2016 by Alexis Anderson 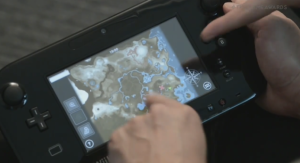 Though the true nature of Zelda Wii U is still shrouded in mystery, we devout Hylians have been promised an open-world game with an enormous map. Many fans are more than ready to embrace an expansive and uninterrupted landscape in the upcoming title, but some have logical doubts as to whether the world map will truly enhance the gaming experience. The upside is of course, exploration. But at what point does exploration become tedious? And how can Nintendo make sure that this over-sized land doesn’t become a burden to traverse?

As I mentioned there are definitely upsides to a large world-map. It opens up an array of possibilities for side 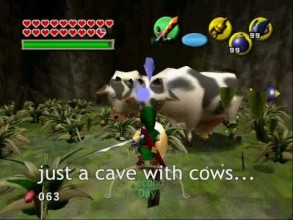 quests, secrets, rupee hunting, random cows in caves, and notable destinations. There can be more dungeons and temples, more mini-dungeons (maybe some optional ones), new locations and races of people– there’s just so much more to interact with. But that’s key, every inch of this map should have a purpose. Hyrule Field shouldn’t just be a big clearing full of grass and goats, it should house gameplay opportunities all over it for players to discover. What’s the point of exploration if you never find anything of interest? If I’m using Link’s precious time to scale Death Mountain, there better be something worthwhile at the top. And as committed Zelda fans, we won’t be hard to please. Even if I just find Tingle sitting at the peak I’ll appreciate the cameo and it’ll be time well spent. But that’s the challenge– an enormous world needs to yield payoffs for exploration.

I doubt Nintendo would be foolish enough to insert useless terrain in large quantities in Zelda Wii U, especially 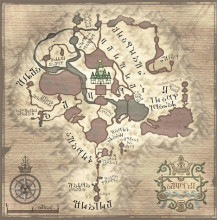 with all the time it’s taking to produce the game, the land is probably rich with surprises. But in the past I’ve definitely been disappointed with the amount of time I’ve spent riding Epona, flying my crimson Loftwing, or sailing in the King of Red Lions utterly bored. Twilight Princess‘ map was large, and most of its land was significant, but I never enjoyed crossing Hyrule Field; it felt like the hub world I never asked for, it split all of the territories and Link would be constantly interrupted by Kargarok and Bokoblin on his way to the next waystation. And admittedly I’d get lost trying to make my way to Zora’s Domain or navigate Castle Town and Gerudo Desert, because there were barely-useful corridors and ulterior paths (maybe only included in the game so a Poe could float around in them) that distracted from the important locations. These areas, while visually pleasing and bolstering to the realistic and hearty size of the game’s map, were tedious and unnecessary at times. 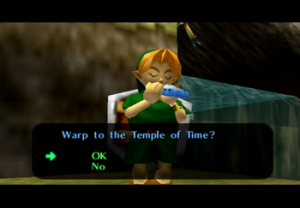 Thankfully, many areas on Link’s map in Twilight Princess could eventually be warped to with Midna’s help. And this is the case in most Zelda games, warping saves the player from redundant treks across the land. If Nintendo can’t make Zelda Wii U’s map chock-full of reasonably worthwhile things to uncover or complete, then they must at the very least allow for fast travel or warping. This is the saving grace for players who want to cut to the chase and just complete the main story. Those interested in exploration have their vast world to run amuck in, and those uninterested can opt out of scouring every inch of it.

What kind of player are you, do you welcome the exploration of a large map? In what ways do you feel Nintendo can validate placing a large world in Zelda Wii U? What kind of warping or quick travel do you expect we’ll see in Zelda Wii U? Share your thoughts in the comments!