Gossip Stone: Which Zelda Races Should be Further Explored?

Posted on September 28 2015 by Brandon Schmitz

The Zelda series boasts more than its fair share of otherworldly and downright fascinating tribes. Similarly to some of the franchise’s most memorable characters, though, many of them serve as one-offs. That isn’t to say that said races receive the bare minimum of characterization. Nintendo definitely scatters tidbits of intrigue regarding these races throughout their respective games — enough for theorists, fan-fiction authors, and roleplayers to work with, at any rate.

Admittedly, there’s something to be said about leaving details to the player’s imagination. There’s an inherent sense of fun in theorizing about the less concrete corners of Zelda lore. At this point, semi-cryptic world building has, for many fans, become a signature feature of the series. At the same time, though, there are elements of Hyrule’s mythos that could afford to be further expounded upon. C’mon, it’s high time that some of these civilizations received a greater spotlight. 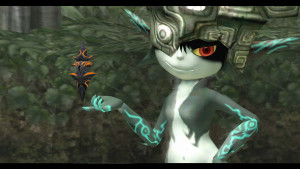 The Twili is my go-to choice. Although some may argue that the Dark Interlopers’ descendants received plenty of representation in Twilight Princess, we were treated to only a brief look at their home. The Palace of Twilight showcased a world distinct from any other location in the franchise. From the floating land masses that permeate the land to the alien aesthetic of the Twili themselves, such an exotic locale has the potential to support its own game. How about the folks who inhabit Hyrule proper, though? For years, I’ve been dying to see more of the Sheikah and Gerudo tribes. Despite their strong presence throughout larger Zelda mythology, they’re lucky to get one representative per game. Even then, said representation is usually relegated to the same character. 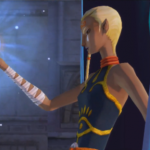 Although Impa does a terrific job of encapsulating the Sheikah’s role as guardians of the Royal Family, there’s got to be more to them that that. What’s their culture like? Do they have any sort of hierarchy? Some fans speculate that various members of the tribe may have broken off. Additionally, further elaboration regarding the enigmatic people’s ties to the undead would be appreciated. You know, without compromising their mystique. Again, some facets of Zelda lore should remain fairly cryptic. On top of that, Impa can’t be the only representative of her race in virtually every era — c’mon!

To be fair, the Gerudo received solid representation in Ocarina of Time, Majora’s Mask, and Four Swords Adventures. Not only do we have a decent grasp of how their society works, but we also discover that they’re somewhat divided. Throughout their chapter in Ocarina, this is made especially apparent. Some blindly follow Ganondorf’s orders, while others, such as Nabooru, resist from the shadows. Even setting that aside, though, there’s so much to work with. For instance, I’d love to see the Gerudo portrayed in a different light — one in which their king isn’t quite so despotic, maybe? Seeing them work as full-fledged allies of the Hylian Hero would be a welcome change of pace.

What about you, though? Which Zelda races do you think deserve more attention? We’d love to hear your thoughts — definitely share them in the comments below!