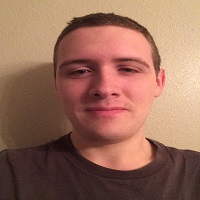 Hello, all! It’s Brandon! I joined the Zelda Dungeon writing staff in September of 2015. Although I write the occasional news story, most of my work is comprised of Daily Debates.

I’ve lived in Oklahoma virtually my whole life. Having graduated from Oklahoma State University with a Multimedia Journalism degree, I wrote weekly feature stories, movie reviews and game previews for the school’s newspaper. These days, I work as a freelance writer for local magazines.

My favorite Zelda game is Twilight Princess, hands down, as it hit me just the right way at just the right time. The game not only improved upon just about everything that I loved about Ocarina of Time, but it also brought a plethora of unique ideas to the table to carve out its own identity. Dungeons and boss battles are my bread and butter when it comes to Zelda, and Twilight Princess boasts what are easily the most diverse and rewarding ones that this series has seen.

Indeed, that may be my all-time favorite video game, but I’m a huge fan of plenty of other series’. I’ve been riding the Nintendo train ever since I played my first video game, Diddy Kong Racing. Growing up, both the big N and developer Rare had a tremendous effect on me, with most of my childhood favorites coming from them — Banjo-Kazooie, Conker’s Bad Fur Day, Star Fox 64, Super Smash Bros., Super Mario 64! Additionally, since playing Fire Emblem Awakening in 2014, that series has gone from one I’d recognized only through Smash Bros. to one of my top franchises. Looking beyond the scope of Nintendo, Halo is virtually tied with Zelda as my favorite series. Mass Effect, Persona, and BioShock are high up there, too!