Gossip Stone: Should The Tingle Tuner Have Been in Wind Waker HD? 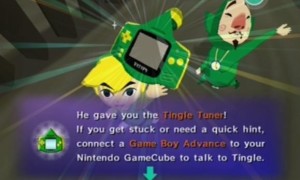 Other than the clearly enhanced visuals and audio of the game, there were a few changes Nintendo made to Wind Waker during its HD revamp that changed quite a deal. One of the features they had cut from the game entirely was the connectivity between the GameCube system and the Gameboy Advanced systems- allowing the player to use the Tingle Tuner for various features, such as letting Link hover or simply keeping him alive altogether. I had a few ideas about this in the past that could’ve worked, so if you’re interested in reading into it more, be sure to tune in past the jump!

In Wind Waker, Link was able to obtain the Tingle Tuner by breaking Tingle out of jail and Tingle giving it to you as thanks (along with a Tingle Chart). The Tingle Tuner had quite a few nifty features that could help the player progress through any given area. It was interesting letting another person control the Tingle Tuner (especially someone with mischievous blood boiling). The Tingle Tuner was pretty useful; it could make Link hover, restore magic/hearts, drop bombs, and even mark sea charts and tell you the time. This feature was inevitably removed -of course- to replace the Tingle Tuner with the Tingle Bottle, a form of communication between players via Miiverse using the power of… well, bottles! 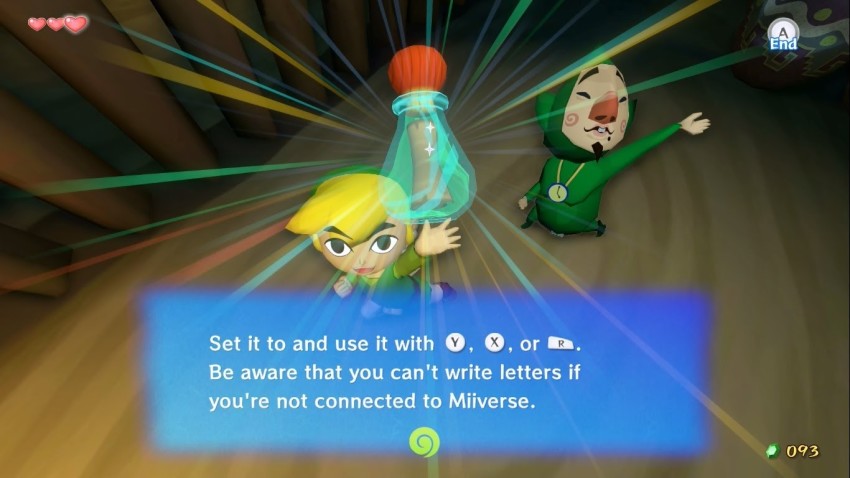 Personally, it doesn’t matter a great deal to me whether it was in the game or not, but I can certainly say that I do miss it a bit. It was a fun feature that I’d sometimes grab a friend to (hopefully) trust with keeping me alive. And if not that, it was just pretty fun to use. My original thoughts would be to use the Wii U and 3DS wireless connectivity to make up for not having cables anymore, but of course that did not happen. So, all-in-all, it was a cool feature that I was sad to see go, but didn’t change my opinion on the game in the slightest. 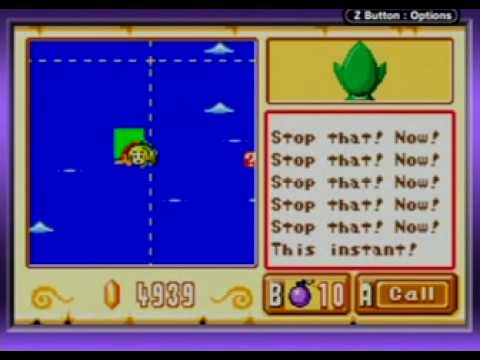 What do you think? Were you very fond of the Tingle Tuner, or did you not care to see it go? Do you have any other opinions on it? And while we’re at it, I thought I may ask- what are your thoughts on Twilight Princess HD? Let us know in the comments!