Posted on January 31 2021 by Alexis Anderson 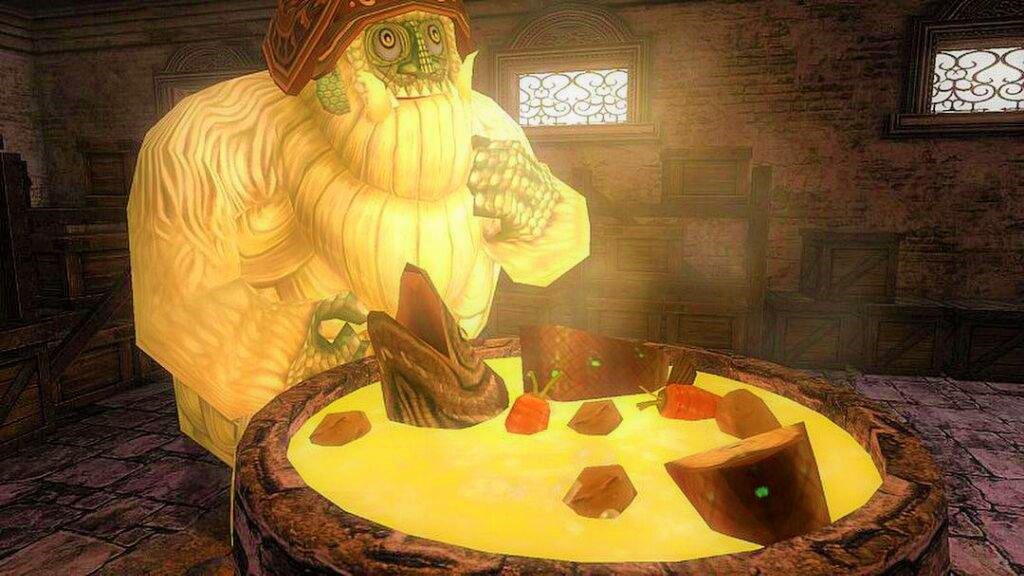 Playing Zelda is always an immersive experience. But while the sights and sounds may whisk us away to far off lands, one sense that isn’t as easily stimulated is smell. Obviously most places in Zelda would have a smell, but it’s not something I really think about when I play. I imagine most of the dungeons and temples would just smell kind of musty. But every now and then, I come across a location that screams out to be sniffed.

So, which of them probably smells the best?

For some reason, I’ve always imagined that Peatrice’s house in Skyward Sword smelt good. She seems like the type of gal to wear a strong perfume, and I think because of her name I just immediately smell peaches at the thought of her. And following the perfume concept, Ilia’s room might smell rather good, as well. Wolf Link sees her scent as a pretty pink and if I could smell colors I assume a pink scent would be quite nice.

My brother thought perhaps Agitha’s Castle would smell good, and while I’m sure she takes good care of the place I can’t imagine it smells all that pleasant with bugs, dirt, and a whole tree running through it. He also suggested that the Goron Hot Springs would smell nice in a natural, purified air kind of way. And to that, I agree. Such calming spaces likely do smell agreeable, either lacking a detectable scent or smelling like a spa or sauna (think, sandalwood).

Going back to Skyward Sword, I feel like the Potion Shop in the bazaar would smell pretty sweet– the liquids in those cauldrons are so bright they just have to smell like fruit punch. I feel similarly about all of the Witch’s Huts in A Link to the Past through A Link Between Worlds. Even Granny’s Potion Shop in Ocarina of Time must smell nice, although I imagine it smells more like incense than fruity drinks. I think the Ghost Shop in that game would also smell like incense, but I wonder if that has more to do with the music in those shops than anything else.

Another set of places I assume must smell darling are the Great Fairy Fountains, particularly in Breath of the Wild. Each one is occupied by a giant, blooming flower and sometimes additional silent princesses sprinkled around. That has got to be sweet smelling, but not in an overpowering way. I’d wager it smells like daisies, or lilacs. The type of flower might vary depending on the color the Great Fairy wears. Bath and Body Works has a great scent called Rose Water and Ivy that I bet Kaysa’s fountain smells just like.

However, none of these sweet smells can stack up to this savory one: Yeto’s kitchen in Snowpeak Ruins. Oh, yes. No doubt that decadent pumpkin soup is giving off one dynamite aroma. The way the ingredients are all melting together in that big pot. Just imagine that goat cheese and broth intermixing with the pumpkin and fish– I can smell it now. This is honestly the most vivid olfactory memory I have pertaining to the Zelda series. Grandma’s soup in Wind Waker is similar, but with Yeto’s we know exactly what’s in the soup and they’re basically all real ingredients so my nose knows what to expect. Man, what I wouldn’t give to get a whiff of that superb pumpkin soup. Smellovision, where art thou?

Do you agree with my scent expectations? What place in Zelda do you think smells the best? Share your thoughts in the comments!

Comments
Sorted Under: A Link to the Past, Breath of the Wild, Daily Debate, Ocarina of Time, Original Content, Twilight Princess
Tagged With: No tags were found for this entry.